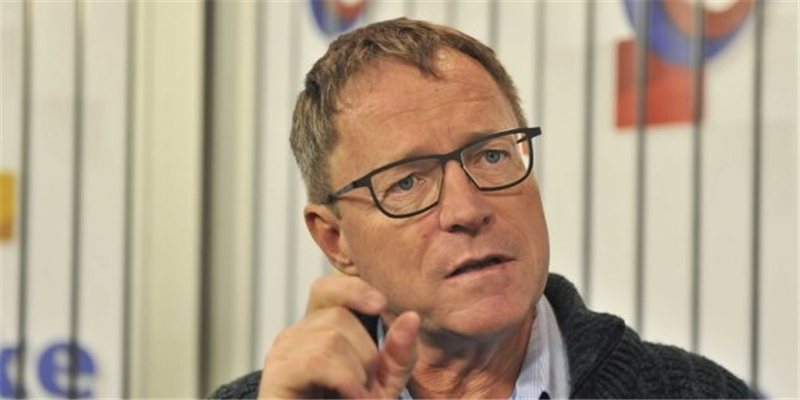 This week Ghana’s President Akufo Addo was visiting South Africa. Does Ghana have lessons to learn from South Africa? At the end of last year, before the SA’s President Zuma and President Mugabe stepped down, the following article was published in the Huffington Post by the South African Economist Dawie Roodt about the economic road South Africa under Zuma was following. The insights of his analyses might also have lessons for Ghana.

The state’s debt levels are at record highs. And, based on existing plans as per the medium-term budget policy statement, the state will continue to spend more.

I was called hysterical and irresponsible after I stated that people should take their money "out" of the country. It has always been my view that a properly diversified portfolio should include a significant exposure abroad. However, recent developments and worsening prospects for the country only stressed the need to create a nest egg outside of the country.

The single biggest participant in all economies is the state. In the case of South Africa (SA), state spending equals a third of gross domestic product (GDP) which excludes other forms of the "state" such as municipalities, the provinces and state-owned enterprises (SOEs). The state also employs more than 1-million civil servants at a significant expense.

Changes in state spending, therefore, affect major economic aggregates such as demand, imports and the like. All of this must be funded, and the various taxes and levies have similar and significant effects on the same and other macroeconomic aggregates, like savings, investments, productivity and so on.

However, state spending (almost) always exceeds state revenue and this difference, the deficit, is typically borrowed from various sources. Of this, bond issuance is the most important and savers such as pension funds, and others, are significant buyers of state debt. The state therefore also affects things such as interest rates and investments, and is a significant participant in the financial markets.

There are also significant feedback loops associated with fiscal decisions. (By the way, the word fiscal comes from the word "basket" in which taxes were collected in the past.) An increase in the salaries of civil servants, for instance, is likely to result in more spending and more VAT collections, which can partly offset this spending increase.

All decisions made by the minister of finance will affect the economy in one way or another.

The fiscus also suffers from a basic problem; everybody wants the state to spend money on them, but nobody wants to pay (taxes). This problem is typically solved by politicians, by spending more but postponing tax increase, i.e. by borrowing and accumulating debt. And this is the reason why all states (governments) usually get bigger and why state debt typically goes up over time. This is also the most important reason why civilizations eventually fall and why states fail.

A typical pattern in the rise and fall of a country may look like this: the state starts off small and provides only basic things, such as defense. Over time, people demand more from the state, which gets bigger and needs to extract more taxes from the productive part (private sector) of the economy. Special interest groups become more and more influential and noisy, and state spending and taxes become more distorted. Eventually, state debt balloons and interest payments on state debt goes up sharply.

Soon, nobody wants to lend money to the state (downgrades) and the state starts forcing savers to lend it money (prescribed assets). But soon savers flee, and few remain within reach of the state. The state then introduces foreign exchange regulations. At this point, various trajectories are possible. The state can get its house in order, sometimes under the watchful eye of a big brother such as the EU over Greece. Or the state can simply refuse to repay its debt and call debtors all sorts of bad names, like vulture funds in Argentina recently.

The most popular way by far, however, for the state to get rid of its debt is to pretend to repay it.

It works like this: the independence of the central bank is somehow compromised (sounds familiar?) and the central bank then allows inflation to accelerate, which reduces state debt in real terms. An extreme version of this approach is also quite popular, where the central bank under control of the state starts printing money like there is no tomorrow; Germany after World War One, Zimbabwe 10 years ago, and Venezuela right now.

The most popular way by far for the state to get rid of its debt is to pretend to repay it.

The economic consequences of all these approaches fluctuate between bad and horrible. The obvious solution to cut state spending is also politically the least attractive. The result is then either to maintain a relatively large state that keeps on smothering the economy or to go for the big one and destroy the economy with high/hyperinflation, forex controls, prescribed assets, and other nasty things.

In short, once the state's finances reach a certain level of unsustainability, a typical pattern is for a state to first steal from its taxpayers until it runs out of taxpayers, then to steal from its savers until it runs out of savers and then, depending on other things, the country repents and gets its house in order at an initial and very dear political and economic price.

But if it persists in its sinful ways, it enters a weak growth trajectory with continuous tax evasion, roadblocks, political uncertainty and protest marches. Or, in a bad scenario, dictatorships, states of emergencies and so on. Or, in a very bad scenario, a total collapse of the state — à la Somalia and, probably soon, Zimbabwe.

So, where are we?

The state's debt levels are at record highs. And, based on existing plans as per the medium-term budget policy statement (MTBPS), the state will continue to spend more. State debt will also continue to increase as the SOEs' chickens continue to turn up. The right thing to do will be to cut spending, but since the bulk of state spending is on people in one way or another (pensions, education, social transfers, salaries), significant spending cuts can only happen if spending on people is reduced. But we have an election soon...

But even if we could somehow cut spending, the required spending is of such a magnitude that the economy will be severely affected in the short term anyway.

That only leaves a significant increase in taxes and the only tax that can potentially fill the hole is an increase in VAT, because we have already run out of taxpayers for the other taxes — but imagine what would happen if we increased VAT!

From here, prescribed assets, exchange-control regulations, the capture of the SARB, and other horrible things can happen.

By the way, an International Monetary Fund (IMF) loan will probably not be needed for a few years at least; our forex reserves are more than sufficient to cover existing foreign liabilities and the IMF doesn't lend rands!

There are a few other possibilities. We could go on a massive privatization drive, if we could find something of value which can still be sold and assuming the ideologically confused will allow it. Or we can discover oil or kryptonite... Or the economy suddenly starts growing for some reason (and significantly stronger than the current trajectory of less than 1%).

So maybe I am hysterical. But irresponsible for pointing these things out? Nah...

Roodt is the chief economist at the Efficient Group. See Picture.