Inflation Drops to 9.6% in July 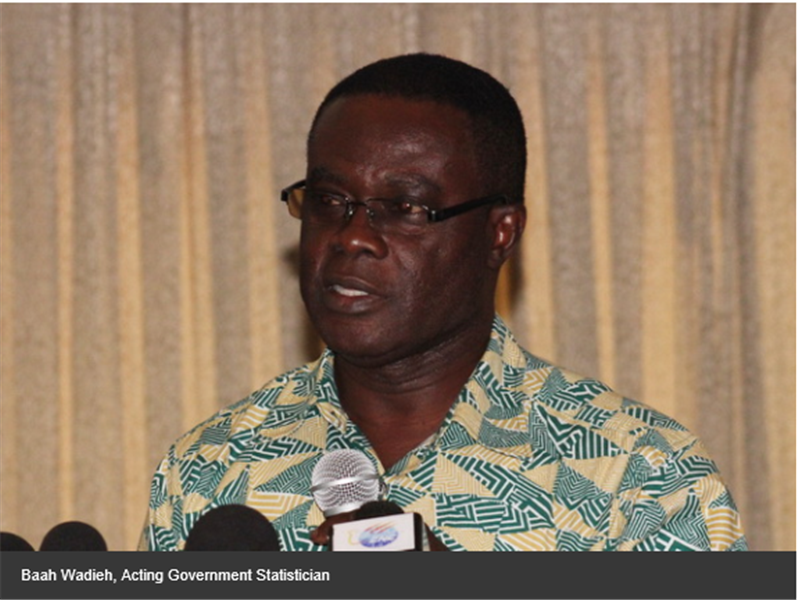 Inflation, the measure of the average change in prices of goods and services, dropped from 10 per cent in June to 9.6 per cent in July.

The decrease was influenced by a corresponding decline in the non-food inflation basket, which dipped from11.2 per cent in June to 10.7 per cent in July, representing a monthly change of negative 0.5 per cent.

The acting Government Statistician, Mr Baah Wadieh, explained at a news conference in Accra on Wednesday that the slight drop in inflation rate experienced in the non-food basket could be attributed to the decline in inflation for almost all the sub-groups under the non-food group.

“The downward trend is due to the fact that for the non-food group, inflation fell by 0.5 per cent from a figure of 11.2 to 10.7 per cent, and this actually is responsible for the fall in the inflation that we are observing,” he said.

He added that although the food group went up marginally from 7.3 per cent in June to 7.4 per cent in July, the food inflation did not have much effect on the trend of the overall inflation that was being reported.

That, he said, was because the weight for food was smaller than the weight of non-food, “so the changes in the non-food has a greater effect on the overall inflation.”

Mr Wadieh explained that the non-food group had a major effect on the trend of inflation because there were some external factors that always kept the sector’s inflation up.

“The locally produced goods too are influenced a lot by such policy interventions and changes in petroleum prices and utility bills,” he said.

While the Upper East Region recorded the lowest rate of 7.8 per cent, June inflation in the Upper West Region was 11.5 per cent, being the highest compared with the other regions.

Rebasing of the CPI

Mr Wadieh announced that the release of the rebased figure for the consumer price index (CPI) could not be released today, August 15 because the Ghana Statistical Service (GSS) was still undertaking quality checks.

He said after meeting some stakeholders, some concerns were raised; therefore, GSS was consulting experts and other agencies who had expertise in the field on the intention.

That, he said, would allow the service to incorporate all suggestions to make adjustments and revisions before the figures were released next time.

“We allow those who are experts to also look at what we are doing and when they give us constructive suggestions, we look at how best we can incorporate it into what we are doing because we are not the only people to ascertain the quality of the data,” he said.

He said when all was done after the consultations, the figures would be released by the middle of next week.