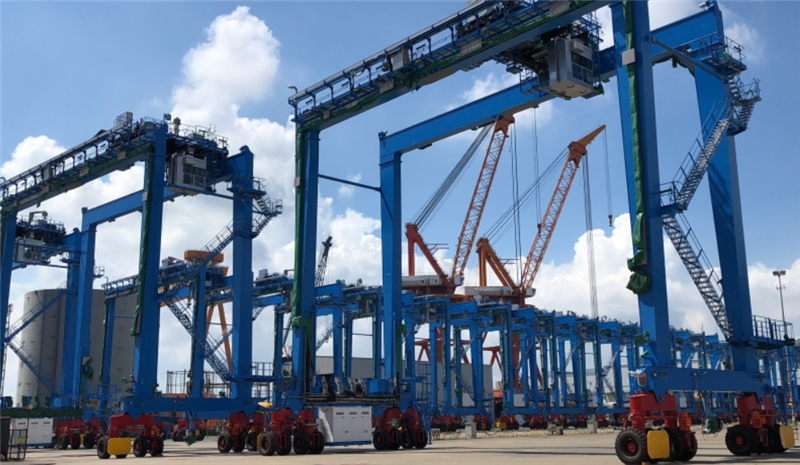 The Tema Port Expansion Project is preparing to receive 27 cranes valued at US$ 82 million.

A press statement issued by the Meridian Ports Services Limited Thursday, August 16, this year, said all cranes have been structurally erected and being fitted with the hardware mechanisms and the associated technology components including the software that control all the drives such as hoisting gear, gantry and trolley gear.

The Chief Executive Officer (CEO) of the Meridian Ports Services Limited, Mr Mohamed Samara expressed delight at the pace of work done on the cranes.

He was optimistic about how the new port facility would help achieve a far-reaching boost in the economy of the country as sea trade volumes increase.

“With the rise in terminal capacity due to the efficiency of these cranes, there is bound to be a ripple effect on development in all areas of the economy. This is an investment for the growth our nation,” Mr Samara said.

Recorded as the largest fleet ever acquired by West Africa in the port industry, the cranes are of superior quality and the highest technology.

The STS cranes are Super Post Panamax with 65 meter outreach capable of handling containers on board vessels up to 23 rows and 10 on deck while the eRTGs are capable of stacking containers 7 wide and 1 over 5 high in the container yards.

The cranes are also designed in an ergonomically friendly manner to make work comfortable for operators.

The first batch of 4 STS and 8 eRTG’s are due to depart the production site at the end of October with an expected arrival date in late December 2018.

The cranes are expected to be installed at the new facility and be fully operational in June 2019 when the new port goes live.

MPS currently operates the biggest and most efficient container terminal in West Africa in the Tema Port.