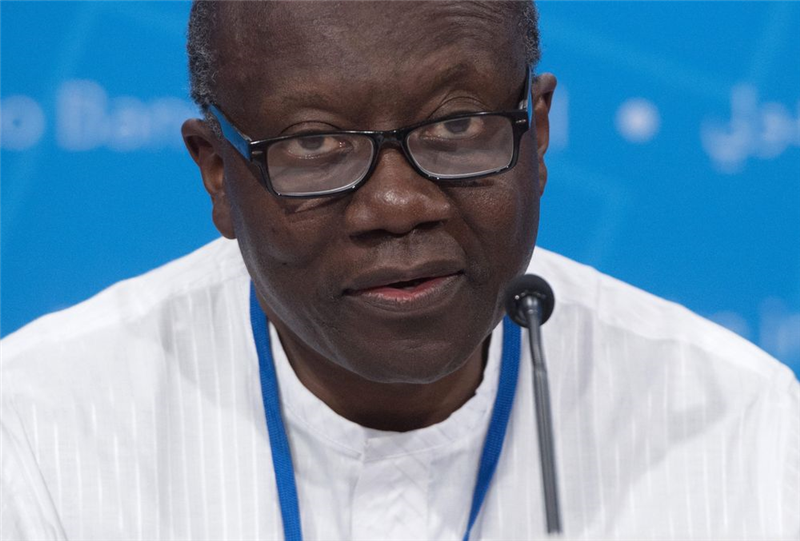 Ghana will continue to subject its public finances to the scrutiny of the International Monetary Fund after its bailout program with the lender ends in April, Finance Minister Ken Ofori-Atta said.

While the government doesn’t intend to ask for a second bailout deal, it will seek other forms of cooperation with the IMF such as the Policy Support Instrument program, Ofori-Atta said in an emailed response to questions. Countries that sign up for the PSI program commit themselves to “close policy dialogs” and half-yearly assessments of economic and financial policies, according to the IMF.

“This is appropriate for our status and in line with our medium-term economic-policy reforms,” said Ofori-Atta. Ghana will “take seriously” the IMF’s assessments of its economic health to prevent future financial problems, he said.

The West African nation turned to the IMF in 2015 for an almost $1 billion extended credit-facility program, after years of overspending and a collapse in the value of the cedi caused its debt to balloon and risked a default. Since coming to power in January last year, the government of President Nana Akufo-Addo has almost halved the budget deficit and introduced reforms to keep spending under control and rein in inflation.

The government will carry on to implement reforms to entrench better management of public finances, including legislation that will limit the fiscal deficit to no more than 5 percent of gross domestic product and measures to expand the tax base, said Ofori-Atta.

Ghana's government has almost halved the budget shortfall since 2016

A remeasurement of GDP data that is due later this year should show that output is more than current estimates and result in better solvency ratios, Ofori-Atta said. Public debt in the $47 billion economy was 63.8 percent of GDP at the end of May, compared with 67.3 percent a year before, according to central bank data.

“The last time Ghana did a rebasing, the size of the economy grew by 60 percent,” he said. “We intend to remain committed to our prudent fiscal policies, so as not to sound as though it has given us space to increase borrowing.”

The IMF projects Ghana’s economy will expand 6.3 percent this year, compared with 8.5 percent in 2017.

As the country attempts to keep spending under the control, it is implementing policies to make it more attractive for private investors to participate in the development of roads, railways and ports, said Ofori-Atta.

“Ghana’s annual infrastructure financing gap is between $3.9 billion and $5.6 billion,” he said. “Attracting private finance has become essential” to help bridge the shortfall, he said.