Laughter Breaks Out Over Mayor’s ‘Accra Is Clean Comment’ 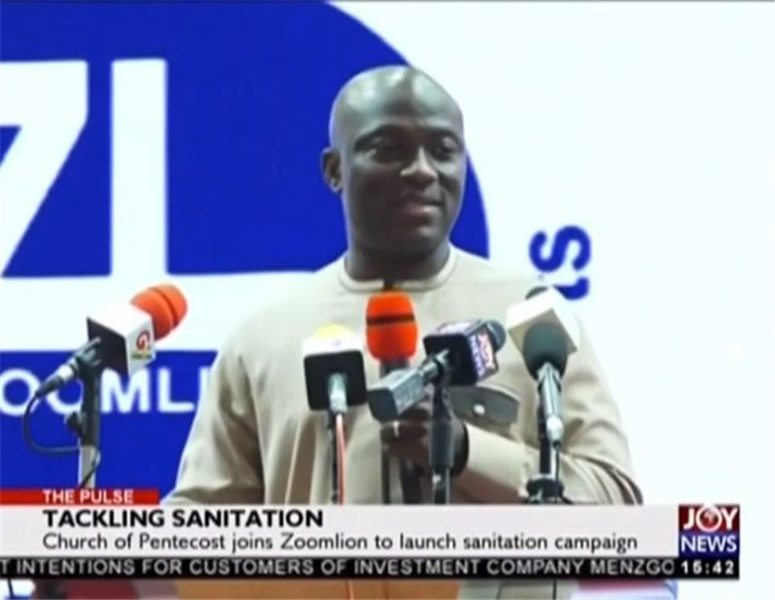 Accra Mayor Mohammed Adjei Sowah was the butt of a joke during the launch of a sanitation campaign after he declared the city is now cleaner.

Clapping followed weakly and died quickly as it was overtaken by murmurs then giggles and finally rips of laughter filled the auditorium in Accra, Joy News Nancy Emefa Dzradosi observed.

It was at the launch of the Church of Pentecost environmental campaign aimed at getting Christians to take responsibility for the environment.

New leader of the church Apostle Eric Nyamekye has observed that with Christians said to be more than 70% of the population, they are 70% responsible for Ghana’s problems.

The largest Pentecostal church in Ghana has been sensitizing church leaders to take care of God’s creation, pointing out God’s charge to Adam was to take charge of his environment.

Accra with a population of some 5 million residents generates nearly 3,000 metric tonnes of waste daily.

Out of the 35 institutional treatment plants in the country, only 4 are operational. This implies that only 1% of the sewage generated in the country is treated. She said 23% of households practice open defecation.

In terms of basic sanitation, it is reported 54% of households use shared facilities which is generally unhygienic, 13% have access to unimproved toilets.  Health-threatening pan latrines still exist in our cities and towns.

Giving an account of government’s effort in keeping the environment, the Mayor of Accra, Mohammed Adei Sowah said the President has endorsed a policy of Assemblies without borders.

Under this policy, all assemblies in Accra rely on each other in disposing of waste instead of dealing with the problems separately.

He described progress in waste management as “significant” and pointed to places like Mallam where he says heaps of refuse have vanished.

The Accra Mayor called on citizens to stop littering the environment and help the city administration overcome waste disposal challenges.

It is Akufo-Addo who has promised to make Accra the cleanest city in Africa by the end of his first term. There is media attention to the fulfillment of this declaration.