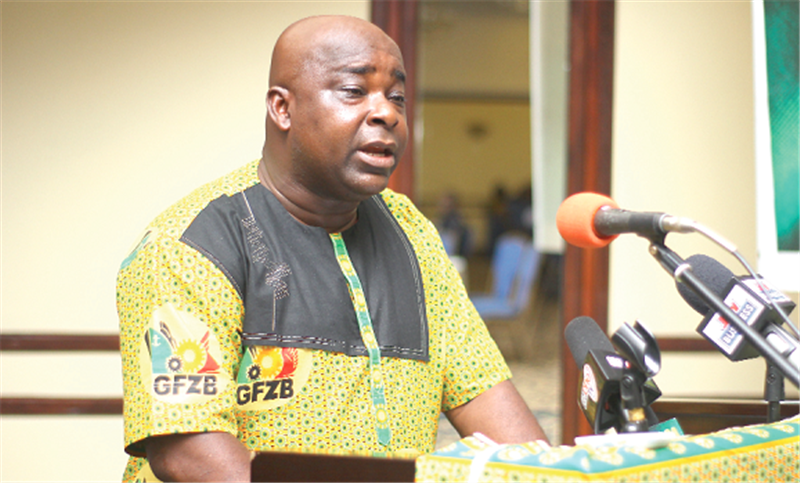 Companies operating under the free zones enclave exported goods valued at US$1.04 billion in the first nine months of this year, as against their total imports of US$113.1 million within the same period.

This means that the exports of free zones companies outstripped their imports by more than 100 per cent.

The Executive Secretary of the Ghana Free Zones Authority (GFZA), Mr Michael Okyere Baafi, told the Daily Graphic in Accra that the wide variation between the values of imports and exports of companies operating under the free zones programme had brought to the fore the impact that the free zones initiative had made on the country’s balance of trade.

Throwing more light on the operations of free zones companies, Mr Baafi said within the first nine months of this year, there were 156 active companies operating under the free zones enclave, where tax exemptions were granted to the firms in return for increased exports.

The Free Zones Act (1995) Act 504 makes it mandatory for the companies to export a minimum of 70 per cent of their products as part of measures to stimulate industrialisation under an import substitution regime.

Mr Baafi said although the imports of free zones companies were low, the impression out there was that the companies were abusing the exemptions granted them by importing more goods.

That, he said, was untrue, given the data before the GFZA.

He said the authority had noticed that companies that were not free zones firms but were granted tax exemptions were erroneously captured as operating under the free zones programme.

He explained that although only one oil company currently operated under the free zones programme, he was aware that revenue officers had captured about six companies in petroleum business as being under the programme.

“These oil companies export a lot and they get exemptions. If you put them under free zones and use that to make decisions, then it is not fair to the concept,” he said.

Turning his attention to the value operations of the companies in the first six months of the year, Mr Baafi said the firms invested US$90.9 million in capital projects to help expand and strengthen their operations.

Consequently, he said, 11,948 Ghanaians, including 4,452 females, were employed by free zones companies within the period.

Mr Baafi said the strong growth recorded by free zones companies this year was due to the GFZA’s 2018 strategy.

He said the GFZA had also set up a new unit to focus on the oil sector by providing the needed expertise for companies in the sector to operate efficiently.

With a focus on maximising the country’s benefit from the programme, some priority sectors had been identified by the GFZA for investment based on the comparative advantages of the country, he explained.

Meanwhile, Mr Baafi said, the GFZA had granted licences to 16 new companies with a combined investment value of $183 million to operate under the programme this year.