Deal With Indiscipline In All Segments Of Economy; AMCHAM President Tells Govt 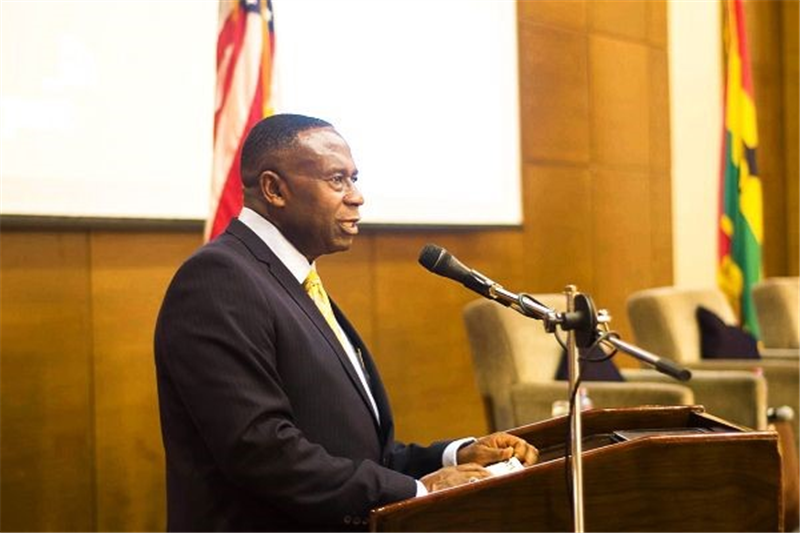 The President of the American Chamber of Commerce (AMCHAM) Ghana, Mr Joe Mensah, has called on the government to, as a matter of urgency, deal with all forms of indiscipline in every facet of the national economy.

He mentioned budget overruns (fiscal deficits), lateness and lackadaisical attitude to work in the public sector, with its attendant impact on productivity, the lack of time management, among other things, as some of the acts of indiscipline stiffling the economy.

He said the government should begin with itself and purge society of all negative acts, including corruption at all levels, saying that was necessary to restore confidence in the economy and get the people back on track to do what was lawful and right to move the country from its present situation.

A presentation on the topic: “2019 Economic Outlook”, was done by PricewaterhouseCoopers (PwC), an accounting firm, on the 2019 budget, taxes, import duties and regulatory fees.

Mr Mensah’s call comes at a time when the inaction of some state agencies and regulatory bodies have allowed all manner of corrupt practices to go on and there is disregard for laid-down rules and non-adherence to corporate governance practices.

The worst of such failures is within the financial services sector, particularly banking, where late reforms have cost the taxpayer more than GH¢10 billion.

Mr Mensah said what society was going through demanded tough actions from the government to end it.

On issues of discipline with government expenditure, he said the end of the International Monetary Fund (IMF) programme should not open the gates for the government to spend beyond the budget.

“We must see discipline in government expenditure. It must act as if the IMF were looking over its head as before and ensure that whatever has been budgeted for is what is spent to save us from going back to the same IMF for a bailout.

“If the IMF will check you from over-spending if you go to it, then why not do same and avoid it in the first place?” Mr Mensah asked.

Due to serious budget overruns and indiscipline in the management of government expenditures, the country lost credibility in the eyes of the international community and investors.

Subsequently, it had to resort to the Breton Woods institution for a bailout in 2014 to win back the confidence of the investor community and development partners.

“We know the pitfalls and we should not be told,” Mr Mensah said, adding: “This is the time for the government to do all that is right to prevent us from going backwards.”

With regard to the performance of state institutions, he called for action to ensure that there was productivity at all levels.

He said the public sector wheel was an important one that needed to grind in the right direction at all times to get the machinery of the government running effectively.

He said the negative attitude of the people must stop and give way to time management and a commitment to deliver quality.

Mr Mensah also called for the enforcement of the laws to prevent people from being corrupt because corruption was among the many things running down the country.
“This is not beyond us; we can do it and we must collectively put our shoulders to the wheel to get things done,” he urged.

On the business front, Mr Mensah expressed optimism that the policies and programmes outlined by the government, if implemented, would restore more confidence in the economy.

“I believe businesses will see a better 2019 because things will fall in place for them to make positive on their businesses,” he said.

According to him, the number of foreign companies, particularly ExxonMobil, entering the economy would give the country more credibility and indicated that more of such businesses could follow.

He wished the government and the business community well and noted that both parties stood to gain if they ensured discipline in the way they did things.