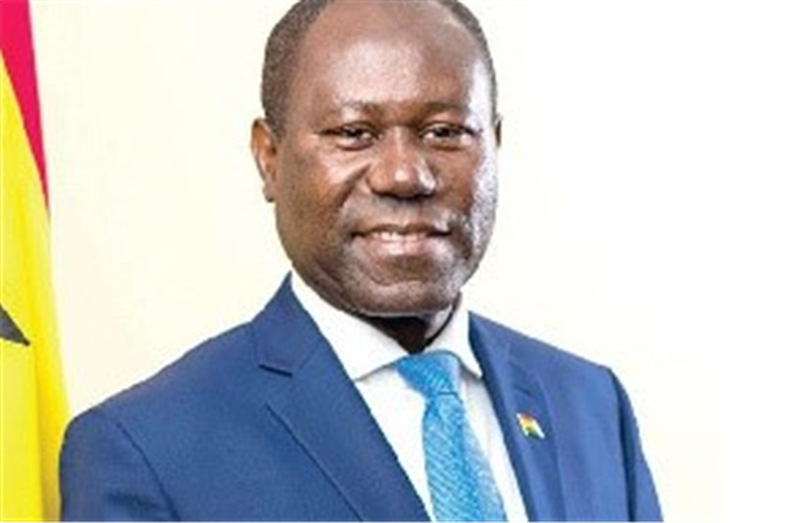 The International Monetary Fund (IMF) has advised the government to adjust the producer price of cocoa to reflect changes in international cocoa prices.

According to the IMF, the downward adjustment had become necessary because the Ghana Cocoa Board (COCOBOD) was grappling with a funding gap of GH¢1 billion due to the government’s inability to reduce producer prices paid to cocoa farmers at a time global prices of the crop had been falling.

In its seventh and eighth review documents under the recently concluded Extended Credit Facility (ECF) Programme, the IMF explained that the adjustment was needed to save COCOBOD from expanding the financing gap.

“The state-owned cocoa marketing company (COCOBOD) is also experiencing difficulties,” the IMF said in one of the documents that were released this month.

“In (IMF) staff’s view, producer prices should be adjusted to reflect changes in international cocoa prices,” it said.

The fund said although the government and COCOBOD were taking appropriate measures to provide some temporary relief, “more is needed to strengthen COCOBOD’s financial position.”

Before the commencement of a cocoa season, mostly in October every year, COCOBOD normally announces a farmgate price – the producer price – that it will pay to farmers for their beans in the crop season.

Within the same period, however, the price of cocoa on the international market suffered a tumultuous fall, dropping from an average of US$2,500 per tonne in November 2016 before ending that year at US$2,287 per tonne, according to the International Cocoa Organisation (ICCO).

The price of cocoa remained bearish throughout 2017, rising only in October before falling again to end December at US$1,917.68 per tonne, according to the world cocoa body.

In 2018, ICCO’s data showed that prices strengthened consistently to peak at US$2,659.9 per tonne in May before fluctuating throughout the remaining part of the year.

The Bloomberg Terminal, which also tracks global prices of the crop, quoted it at US$2,245 per tonne on the morning of April 25.

Thus, maintaining the price at GH¢7,600 per tonne at a time the global cocoa price was crashing means that COCOBOD has been accumulating losses, a development the IMF now estimates at GH¢1 billion.

In August 2018, the Finance Minister, Mr. Ken Ofori-Atta, said: “If we are getting high prices for our cocoa on the international market, our farmgate price should be high.

“If we are getting less, we should pay less. The government needs to be firm on this so as not to create a debt gap,” he said in a media interview.

That notwithstanding, the farmgate price was maintained at GH¢7,500 in October that year.

The IMF averred in its documents that the government had continuously maintained the price to support “farmers’ incomes—a key priority of the government to prevent loss of farmland to illegal mining.”

It, however, explained that that kind of support could come in the form of “explicit budget transfers.”

It noted that the government and COCOBOD were “pursuing a series of cost-saving measures in an effort to close the gap.

“In staff’s view, while these measures may provide some temporary relief, more is needed to strengthen COCOBOD’s financial position,” it said.

On March 19, COCOBOD raised US$300 million – equivalent to GH¢1.6 billion at the time (US$1 to GH¢5.2) – from a consortium of international banks to repay “cocoa bills raised by Bank of Ghana on behalf of COCOBOD,” a statement from the board said at the time.

The funds were also to be used to finance production enhancement programmes, it said.

COCOBOD’S Chief Executive Officer, Mr. Joseph Boahen Aidoo, said at the time that a loan would go a long way to help in carrying out COCOBOD’s sustainability programmes in all cocoa regions to enhance the social and environmental sustainability of cocoa farming and also improve the livelihood of farmers.”