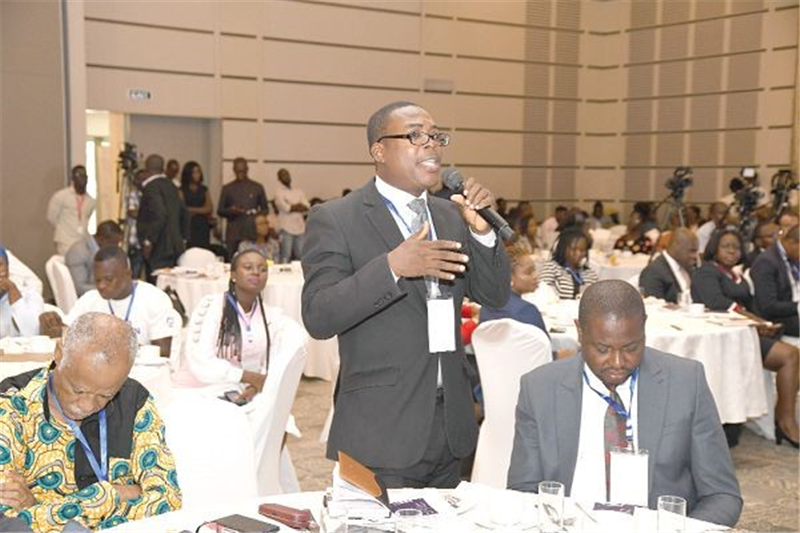 Ghana needs to increase indigenous ownership of the economy through structural changes that allow citizens and domestic firms to export goods and repatriate more foreign currencies into the country.

That will help save the cedi from its perennial depreciation, speakers and participants in the GRAPHIC BUSINESS/Stanbic Bank Breakfast Meeting have unanimously observed.

They concurred yesterday that until the country produced more goods locally than it imported, the cedi would continue to lose value to major trading currencies, leading to serious inconveniences to businesses, high cost of living and continuous threat to macroeconomic stability.

The Governor of the Bank of Ghana (BoG) and guest speaker at the meeting, Dr Ernest Addison, the Ghana Union of Traders of Association (GUTA), contributors at the forum and almost everybody in the 300-seating capacity conference hall of the Labadi Beach Hotel in Accra agreed that the cedi’s woes were traceable to the country’s strong appetite for imports and other foreign goods.

What they doubted, however, was the country’s ability to implement the needed reforms on a medium-to-long-term basis to help shift the economy from an import-led to export-oriented one to help make the local currency stronger.

Yesterday’s breakfasting meeting was the first in the series for this year and was on the theme: “Achieving Sustainable Exchange Rate Stability: Our Options.”

The discussions were preceded by opening remarks by the Managing Directors of the Graphic Communications Group Limited and Stanbic Bank Ghana Limited, Messrs Ato Afful and Alhassan Andani, as well as a keynote address by the Governor.

D.r Addison stated that the current structure of the economy, where consumable imports exceeded exports meant that “the currency will tend to depreciate.”

“That is the basic fundamental and so we need to change the narrative on the currency because so long as we remain import-dependent, you will have the cedi losing its value over time,” Dr Addison said, noting that other macroeconomic indicators such as fiscal deficit and inflation and the composition of the country’s debt holdings also contributed significantly to the fortunes of the local currency.

“If you look at the numbers for import of rice, for example, you will be shocked at the amount that Ghanaians spend importing rice,” Dr. Addison said.

It is estimated that the country spends about $500 million annually to import rice and $2.2 billion in total on food imports every year.

Dr. Addison observed that although the country was now enjoying a trade surplus on the basis of increased oil exports, the foreign dominance in the upstream petroleum sector meant that a chunk of the oil proceeds were repatriated.

That, he said, resulted in a current account deficit that contributed strongly to the cedi depreciation.

“Obviously, we need to improve the local content in some of our leading sectors, such as the oil and the mining, in order to improve the performance of the income and the services account,” he stressed.

The Governor also observed that the increasing exposure of the economy to foreign investors meant that “the country becomes susceptible to movements in global sentiments.”

Proffering some solutions, the Governor said beyond increasing domestic production, the country must also improve upon its debt management strategy by reducing the over-reliance on foreign instruments.

On Eurobond sales, he said the country should be interested in applying them on productive ventures that would help increase the export capacity of the economy.