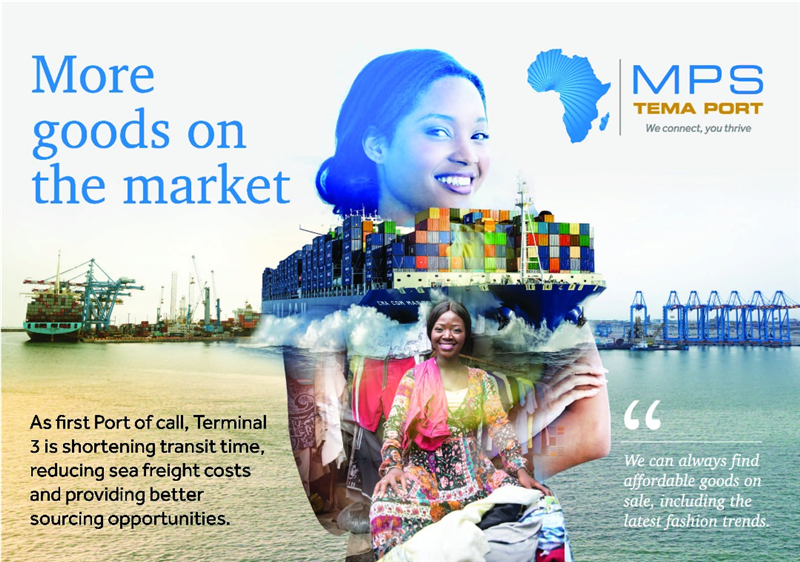 Meridian Ports Services (MPS), managers of the Tema Port Expansion Project insists that the project, when completed, will boost the economy despite concerns about job losses by some stakeholders.

Mr Mohamed Samara, Chief Executive Officer of MPS, interacting with journalists after a visit to the project site, on Tuesday, maintained that the project had the potential of generating about one billion dollars per annum for the economy and create about 400,000 jobs.

He noted that the project would be completed ahead of schedule, with the first phase set to be operational by June this year.

According to him, the port would become the “first point of call” for freights in West African and beyond, as state-of-technology were deployed to ensure rapid service delivery and efficiency at the port.

Mr Samara said the new facility was designed to include truck appointment systems, biometric access control for drivers, scanners, weigh bridges, radio frequency identification for recongised trucks within the terminal, among others.

He further explained that there were efforts to reclaim more land from the sea for the project which already occupied about 127 hectors of land.

“The port project is an opportunity to connect shipping lines to neighbouring countries. The project would also be of immense benefit to importers and exporters, it will improve trade value and increase employment,” he noted.

“We have a huge terminal and vessel capacity and the project will be among the most efficient ports in the world,” Mr Samara added.

The Tema Port Expansion project, a public-private partnership between the Ghana Ports and Harbour Authority (GPHA,) and Meridian Port Holding, was in line with the vision of improving general port operations and increase revenue.

“There is a huge direct and indirect jobs for stakeholders of this port. We will employ more people and by working throughout the day, we will need more people, more people to man the scanners and what happens after that,” The Chief Executive noted.

Mr Samara, however, declined to comment on calls for a review of the contract sum, saying he was not privy to recommendations of the inter-ministerial committee which had been set up to evaluate the project.

Mr Frank Ebo Brown, Legal, Licence and Permits Manager of MPS, highlighting other values of the port, noted that there would be a “wide job opening” for Ghanaians when the remaining phases of the project is completed.

“MPS has about 460 permanent employees and 450 contract personnel who will be moved to the new yard. We are handing over the old facility to GHPA, and this gives GPHA an opportunity to employ as many people as possible,” he said.

“If we have this facility I do not see how we can lose lots of jobs when there is a golden opportunity to take advantage of this new facility,” Mr Brown added.