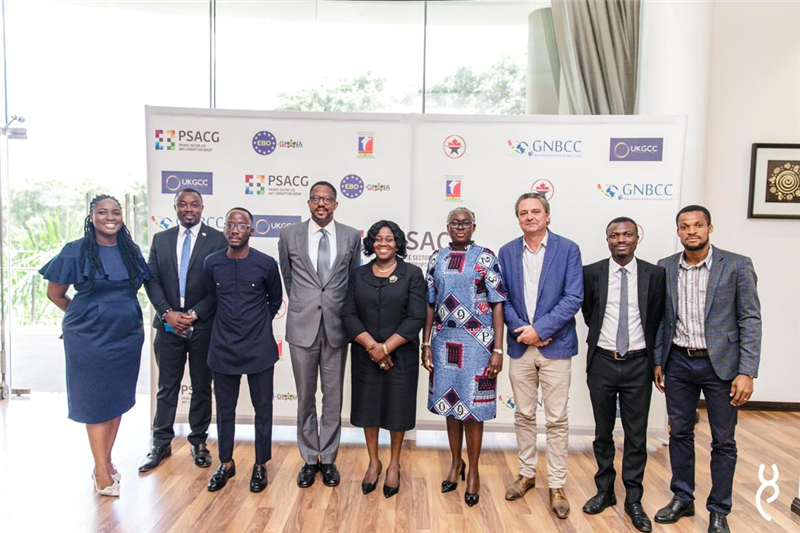 A Justice of the Court of Appeal, Justice Gertrude Torkornoo, has said corruption will be controlled in the country if the citizenry is assured of an efficient and effective justice system that deals with the exposure of corrupt transactions.

Corruption, in the view of the Justice of Appeal, thrives less in transparency than in murkiness, making transparency an important tool in the justice delivery system of the country.

Justice Torkornoo was delivering the keynote address at a stakeholder anti-corruption forum organized by the Private Sector-Led Anti-Corruption Group (PSACG) in Accra yesterday.

The PSACG is a project initiated by the UK-Ghana Chamber of Commerce (UKGCC) and funded by the UK’s Department for International Development (DFID’s) strengthening Action Against Corruption (STAAC) program. The Ghana Netherlands Business and Culture Council is one of the co-operating Chambers within the PSACG.

PSACG’s key mission is to aid engagement by the private sector with the government of Ghana through the Office of the Vice President, to tackle corruption because it negatively affects the cost of doing business and investment flows into Ghana.

Speaking on the broad theme: “Building an enabling environment for private sector development; The role of the state and the private sector in fighting corruption,” Justice Torkornoo said the recent rules for early disclosure of all documentation needed to resolve disputes including, criminal prosecution, was critical to meeting the demand for transparency to assist with justice delivery in the country.

Transparency, she added, would also help in preventing the use of justice administration for private gain.

Speaking on dispute resolution in the business environment, she also called for the utilization of the Alternative Dispute Resolution (ADR) process set up in 2005 to increase the ease of doing business.

She said an observation at the Commercial Division of the High Court had revealed that decision makers utilized the services of middle or low-level officers with no decision negotiating authIn consequence, she said, the decision makers allowed the ADR processes to fall in the hands of their lawyers, whom she said, were not part of the journey that led to the dispute.

“Some lawyers were often found not to even have the sensitivity required for steering business off the litigation path.

“This has contributed much to reducing the efficacy of the pre-trial settlement conference initiative, and even led to many imagining that it is incapable of achieving its mission,” she stated.

Touching on land and property rights, Justice Torkornoo underscored the need to be proactive in settling land issues in such a way that critical attention would be paid to ownership and conflicting claims.

Until that was achieved, she said, the justice delivery machinery would continue to be handicapped in delivering effective and final justice in land title claims and execution of judgments for creditors.

“If the citizenry makes a strong enough demand for clarity, transparency, and accessibility of records on property ownership, much of the breeding ground for corruption would be removed,” she stated.

Speaking on infrastructure, Justice Torkornoo said in spite of the “continuous investments” made in developing infrastructure in the judicial sector, the technological networks required to connect court systems nationwide and its administrators and users had been a challenge.

She, therefore, urged the business community to assist the public service in resolving its challenges by questioning and providing inputs for resolving them.

Later, a panel of five spoke on the role of the state and the private sector in fighting corruption, to help build an enabling environment for private sector development.

The panel members unanimously called for effective collaboration between the private and public sector to fight corruption at all levels of governance.

They mentioned corruption as a major impediment to the growth of the private sector by discouraging free and fair competition on the market and undermining investor confidence.

The panelists were the Executive Director of the Ghana Integrity Initiative, Mrs. Linda Ofori-Kwafo; the Technical Advisor to the Commissioner-General of the Ghana Revenue Authority, Mr. Henry Yentumi, and the Managing Partner and Co-Founder of Addison Bright Sloane, a consultancy firm, Ms. Victoria Bright.

The rest were the Executive Director of Peverett Maxwell, a consultancy firm, Ms. Leticia Adu-Ampoma, and the immediate past Dean of the GIMPA Law School, Mr. Ernest Kofi Abotsi.