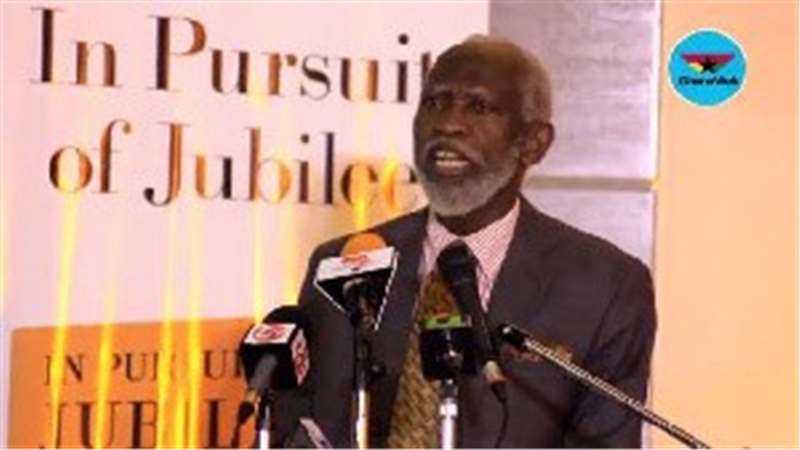 The Chairman of the National Development Planning Commission (NDPC), Professor Stephen Adei, has said the opportunity to be corrupt is so high as a result of the lack of proper mechanisms to check the colluded activities of some individuals in the country.

He has, therefore, called for the empowerment of State authorities to question individuals about the sources of their wealth.

According to the NDPC chairman, some people have taken advantage of this shortfall and have become rich overnight, without their sources of wealth known or interrogated.

In other developed countries, Prof. Adei said, such empowerment had served as an effective tool to ensure that people who held positions of trust did not abuse their office to embezzle funds for private gain.

As a panel member on the second national dialogue, dubbed the “Public Accountability: Abuse of Office”, organised by the National Commission for Civic Education (NCCE) on Tuesday, in Accra, Prof. Adei said the perception that corruption was high was actually a reality which ought to be wholly accepted as the first step in dealing with the issues of corruption in the country.

The dialogue was held to deliberate on ways to promote public accountability and deal with the abuse of office by public officers.

It was also to subject a 2017 National Commission for Civic Education (NCCE) survey on corruption in Ghana to intense scrutiny and find ways to adopt a collective approach in dealing with the canker going forward.

At the dialogue, the panel of discussants analysed the findings of the NCCE report in 2017 and corroborated that the views shared by the respondents in the survey were true.

Other panellists at the dialogue were a private legal practitioner, Mrs Clara Kasser-Tee, and the Auditor-General, Mr Daniel Domelevo.

Prof. Adei said it was crucial for leaders to accept that they were partly to blame as far as matters of corruption were concerned.

He urged them to view their position as a position of service and not an avenue to loot and create wealth for themselves.

He also advised the leaders to avoid acts of cronyism and nepotism since it was another negative trait which was negatively affecting development.

Mr Domelevo, for his part, called for a review of the legal framework of the Constitution to ensure that relevant institutions, particularly the Ghana Police Service, were free from any political interferences.

That way, he was optimistic that the relevant stakeholders would be firm in their resolve to adequately join in the fight to end corruption at all levels.

He also urged that stiffer sanctions be meted out to persons found to be meddling in colluded activity, adding that such a move would make corruption very unattractive.

Mrs Kasser-Tee touched on the need for Ghanaians to be re-oriented on the negative effects of corruption.

In that regard, she urged the government to adequately empower the NCCE in order for it to perform its duties satisfactorily.

The chairperson of the NCCE, who defined abuse of power as the misuse of public trust for private gain, said the fight against corruption had become a major priority of her commission particularly considering the negative implications it held in the country.

She expressed the concern that issues of corruption, particularly in areas such as cronyism, nepotism and abuse of power at workplaces, were increasingly becoming an accepted norm in the country.

Touching on the effects, she said the shortfall was breeding mediocrity, creating poor corporate governance structure and stifling national development.

She, therefore, called on the media, faith-based movements and other stakeholders to ignite public discourse and action on this issue to adequately tackle corruption at all levels.