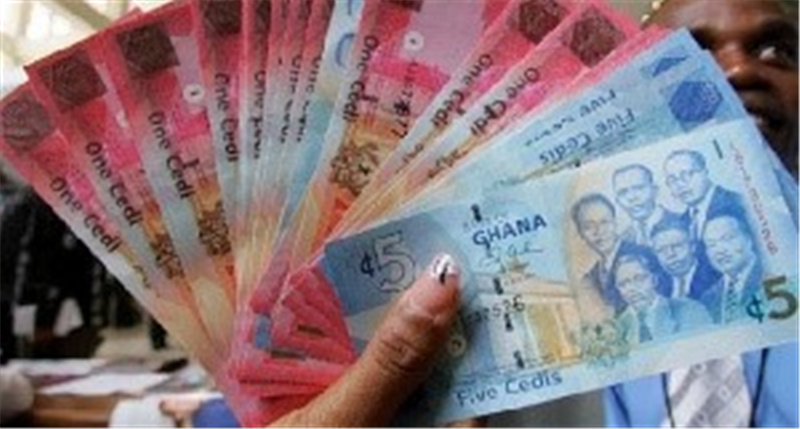 The cedi has quickened the pace of depreciation against the US dollar in recent times, falling by an average of 0.93 percent to the ‘greenback’ over the last four weeks, according to Bank of Ghana (BoG) data on the movement of the currency.

By December 13 this year, the cedi had lost almost 13 percent of its value to the US dollar compared to the same period in 2018, when it shed about 8.2 percent to the US currency. The cedi ended that day trading at US$1 to GH¢5.54, according to BoG data.

The December 13, 2019 depreciation rate is now the highest in the last four years, although it was a few percentage points shy of the 15.7 percent depreciation recorded in the whole of 2015.

The current depreciation comes at a time when the International Monetary Fund (IMF) has renewed calls on BoG to limit its intervention in the currency market to help “increase international reserves.”

In a statement to conclude the 2019 Article IV Consultations, the fund said its directors “stressed the need to increase international reserves by limiting central bank intervention and to entrench monetary financing limits in domestic law to protect the Bank of Ghana’s balance sheet and strengthen the inflation targeting framework.”

Although a perennial challenge, the Head of Research at BoG, Mr Philip Abradu-Otoo, told the GRAPHIC BUSINESS on December 16 that the current depreciation was largely due to a recent adjustment in the central bank’s reference rate on foreign exchange and the pressure that the government’s revenue mobilisation and expenditure choices were exerting on the economy.

“We moved our reference rate up and that has sent some false signal to the banks that rates will have to go up,” he said in an interview.

“Also, from the monetary side, we do not see any liquidity injection from the side of the central bank to which someone will say that there is liquidity to the economy and that money is chasing these dollars and so you need to look at the side of the fiscals.

“What you need to ask yourself at this stage is whether fiscal implementation is injection some noise into the system,” he said, explaining that the imbalance in revenues and expenditures was a source of uncertainty to the economy.

The 2020 budget showed that the fiscal deficit for the first half of 2019 was three percent of gross domestic product (GDP), above the period’s target of 2.7 percent of GDP.

A recurrent bane to the economy, the cedi depreciation mostly becomes intense in the last quarter of the year when traders and manufacturers compete for foreign currencies to re-stock for the festive season and the forthcoming year, while multinational firms look to repatriate their profits.

However, with data from the Ghana Shippers’ Authority (GSA) showing that imports declined by 11 percent in the first half of the year, the President of the Ghana Union of Traders Association (GUTA), Dr Joseph Obeng, said it could not be the case that the current depreciation was caused by increased imports.

Although trade statistics for the second half of the year are unavailable until the end of the year, Dr Obeng said GUTA’s interactions with state agencies in the trade facilitation business showed that imports remained bearish through to November 2019.

“The pressure on the currency must be coming from somewhere else,” he said, pointing to repatriation of profits by largely foreign-owned firms.

Mr Abradu-Otoo of the Research Department of BoG said beyond the cedi suffering negative sentiments from the fiscal position of the economy and increased demand for foreign exchange to repatriate, the recent rise in government payments in foreign currencies was also to blame.

“Our understanding is that some payments are being made in relation to energy sector activities and some of these people have liabilities in forex and it is part of the problem,” he said.

Going forward, he said BoG would continue to support the currency but in a way that would protect the national reserves against “unnecessary burning.”

Looking ahead, an economic analyst with Databank, Mr Courage Kwesi Boti, said he expected the pressures on the cedi that are emanating from increased sell offs and withdrawals by foreign investors at a time when foreign exchange inflows were bearish to continue well into next year.

He thus called for credible measures that can build up reserves to help provide comfort to investors.

“An early intervention, maybe from a Eurobond issuance or any other source of foreign exchange outlay, may be necessary to sustain the currency.

“Otherwise, the situation may be worse in 2020 than we are seeing,” he said.