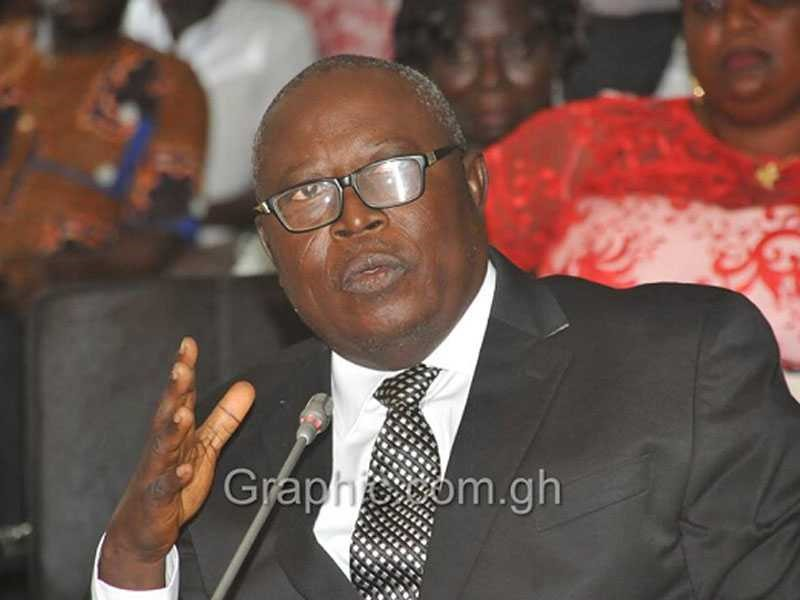 The Office of the Special Prosecutor (OSP) has started formal investigations into the Airbus bribery scandal in which some Ghanaian officials, between 2009 and 2015, were allegedly bribed prior to the acquisition of three C-295 military transport aircraft by the Ghana Armed Forces (GAF).

The OSP, led by Mr. Martin A.B.K. Amidu, according to government sources, began the investigations on February 4, 2020, on the basis of the referral made to him by the Office of the President.

Sources within the government told the Daily Graphic last Saturday, February 8, 2020, that the Special Prosecutor had acknowledged receipt of the President’s request to commence investigations into the matter.

Efforts to contact Mr. Amidu to elicit further information on the possible timelines and other details had proved unsuccessful as his phone had been off since Saturday while text messages to him as of press time yesterday had not received any response.

Under Article 27 (1) of the Special Prosecutor Act, “A person may lodge a complaint under this Act if that person has knowledge of the commission of corruption or a corruption-related offense.”

Section Two states: “The complaint referred to in Subsection (1) shall be made in writing or orally.”

On Sunday, February 2, 2020, President Nana Addo Dankwa Akufo-Addo announced that he had referred the judgment of a court in the United Kingdom (UK), in which the European multinational aerospace corporation had been fined $3.9 billion for the payment of bribes to secure deals in several countries, including Ghana, to the Special Prosecutor.

The judgment was issued on Friday, January 31, 2020 by the Crown Court at Southwark, UK, in a case between the director of the Serious Fraud Office (SFO) of the UK and Airbus SE.

A statement signed by the Director of Communications at the Presidency, Mr. Eugene Arhin, said facts in the case between 2009 and 2015 indicated that "a number of Airbus employees made or promised success-based commission payments of approximately €5 million to Intermediary 5", who is said to be "a close relative of a high-ranking elected Ghanaian government official (Government Official 1)".

It quoted the judgment, which stated: "Government Official 1 was a key decision-maker in respect of the government of Ghana aircraft orders."

Referring to the judgment, the statement from the Director of Communications at the Presidency added that the payments to Intermediary 5 by officials of Airbus SE were thus "intended to induce or reward improper favour by Government Official 1 "over the purchase of three C-295 military transport aircraft. Indeed, out of the €5 million promised Intermediary 5, €3.85 million was paid between March 2012 and February 2014”.

“President Akufo-Addo has taken notice of the judgment and its implications and has referred it to the Office of the Special Prosecutor to collaborate with its UK counterpart to conduct a prompt inquiry to determine the complicity or otherwise of any Ghanaian government official, past or present, involved in the said scandal and to take the necessary legal action against any such official, as required by Ghanaian law,” it said.

According to US and UK court documents, Airbus had been under investigation by the US Department of Justice (DOJ), the SFO of the UK and the Parquet National Financier (PNF) of France.

This came to light after nearly four years of investigations by authorities in the US, the UK, and France into the business operations of Airbus, which culminated in the company being fined $3.9 billion for its corrupt practices in Ghana, Malaysia, Sri Lanka, Indonesia, and Taiwan within the same period.

The $3.9-billion fine imposed on Airbus is one of the largest in the world against a corporate body, as carried in the Monday, February 3, 2020 edition of the Daily Graphic.

The US, the UK and France authorities imposed the fine in a deferred prosecution agreement (DPA), which is essentially a corporate plea bargain that helped the company to avoid criminal prosecution.

However, prosecutors from the three countries said employees of the company found culpable could face prosecution.

Airbus was found guilty of failing to prevent its employees and others associated with the company from bribing officials during deals for the purchase of its aircraft and other products and also for breaking US export regulations with regard to its International Traffic in Arms Regulations (ITAR).

The DPA was approved in separate judgments by the Queen’s Bench Division of the UK Crown Court at Southwark and the US District Court for the District of Columbia on Friday, January 31, 2020.

Court documents published by the DOJ of the US and the SFO of the UK revealed how Airbus employed different tactics to bribe officials in many countries, including Ghana, in order to secure lucrative contracts.

In the case of Ghana, Airbus allegedly paid more than €3 million through a third party.

“In fact, Airbus and its vendors had paid, offered or agreed to pay political contributions, fees or commissions in connection with these sales in the amount of at least €3,596,523,” the facts, as presented by the DOJ to the District Court in the USA, stated.

According to the facts, a high-ranking elected official, which the document mentioned as “Individual 1” (who was in office from 2009 to 2016), made direct contact with the Airbus management about the purchase of the aircraft a few months after he took office.

In an official reaction posted on its website, Airbus stated that the DPA reached with the authorities in the US, the UK and France concluded all investigations into its activities by the three countries.

According to the company, the outcome was as a result of the “reporting, cooperation and new compliance standards at Airbus” and added that it was “determined to conduct its businesses with integrity”.

The Chief Executive Officer (CEO) of Airbus, Mr. Guillaume Faury, said the company had learned many lessons from the incident.