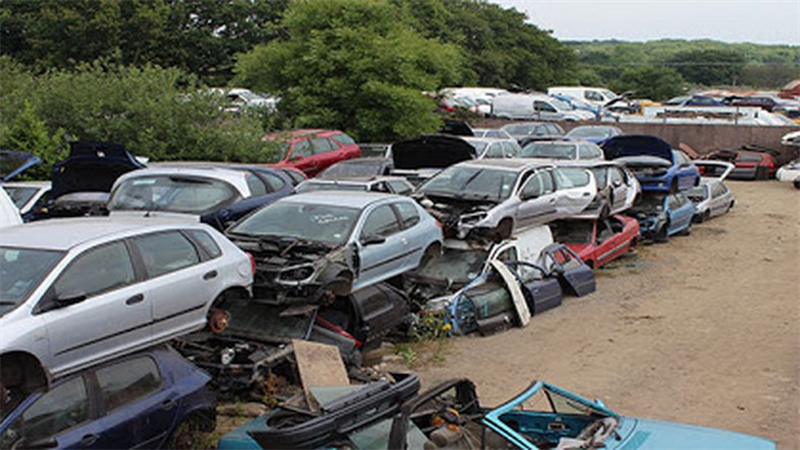 Parliament has passed the Customs (Amendment) Bill, 2020 that bans the importation of accident and salvaged motor vehicles into the country.

The banned vehicles comprise wrecked, destroyed or those physically damaged by collision, fire, water or other occurrences, as well as specified motor vehicles that are over 10 years of age.

A Deputy Minister of Finance, Mrs. Abena Osei-Asare, moved the motion for the Customs (Amendment) Bill to be read for the third time, and it was seconded by the Member of Parliament for Wa West, Mr. Joseph Yieleh Chireh.

The passage of the bill came after the adoption and approval of the report of the Joint Committees on Finance, Trade and Industry and Tourism for amendments to be made in the Customs Act, 2015 on March 3, 2020.

The bill, which has seven clauses amended, was presented to Parliament by Mrs. Osei-Asare on behalf of the Minister of Finance and read the first time in the House on Tuesday, February 25, this year.

It was subsequently referred to the joint committees on Finance, Trade and Industry and Tourism for consideration and report, in accordance with Article 174 of the Constitution and orders 159 and 169 of the Standing Orders of Parliament.

The government, in August 2019, launched the GAMDP to promote the manufacture of automobiles for both the domestic market and the West African sub-region.

The programme is part of efforts by the government to develop some strategic anchor industries that will promote economic development in the country.

The report said the committee observed that the Cabinet had already approved the Ghana Automotive Development Policy, in which various incentives had been provided for automotive manufacturers and assemblers registered under the GAMDP.

It indicated that the committee was informed that the review in policy, as contained in the bill, would lead to an estimated revenue loss of approximately GH¢802.25 million for the first three years.

The report said the committee noted that on the passage of the bill into law, specified motor vehicles over 10 years of age “shall be eventually prohibited from being imported into the country”.

It noted that vehicle manufacturers or assemblers registered under the GAMDP shall be permitted to import fully built units (FBUs) of vehicles into the country at a rebate of customs duty.

It said the rationale for the rebate was to enable the manufacturers and assemblers to attain certain critical volumes to make their investments worthwhile, especially at the early stages of the industry.

“The rebate policy is to be reviewed during or after three years of the GAMDP,” it said.

The report said the committee was informed that the Ministry of Trade and Industry was in advanced discussions with the interested manufacturers.

It said Volkswagen would start its operation in the first quarter of 2020, Toyota in August 2020, Suzuki before the end of 2020, Nissan in the second quarter of 2020, while discussions pertaining to the operations of Renault, Kia, and Hyundai were ongoing.

Contributing to the debate on the motion on March 3, this year, the MP for Tamale Central, Alhaji Inusah Fuseini, said the passage of the Customs (Amendment) Bill, 2020 would force dealers in 'second-hand' vehicles out of business.

He noted that if the bill was passed into an act, it would make Ghana a car manufacturing hub in the West African sub-region and that there was the need to develop an investment incentive regime that would guide investment in the sector.

Expressing worry over the fact that the creation of a monopoly would allow multinational car manufacturing companies to dominate the automotive market, Mr. Fuseini urged the Ministry of Finance to reconsider the provision which barred the importation of cars of 10 years or older.

Responding to his concerns, the MP for Ofoase/Ayirebi, Mr. Kojo Oppong Nkrumah, said the effect of the act would not be much, given that only 17 percent of importers would be affected.

He noted that the provision would only come into force when the automobile companies started production.

He indicated that before investors ventured into the car production business, they would have presented investment plans, including pricing, to ensure that the prices were not exorbitant.