Franklin Cudjoe Calls For Data To Prove UNIPASS Is Superior To Gcnet, Westblue 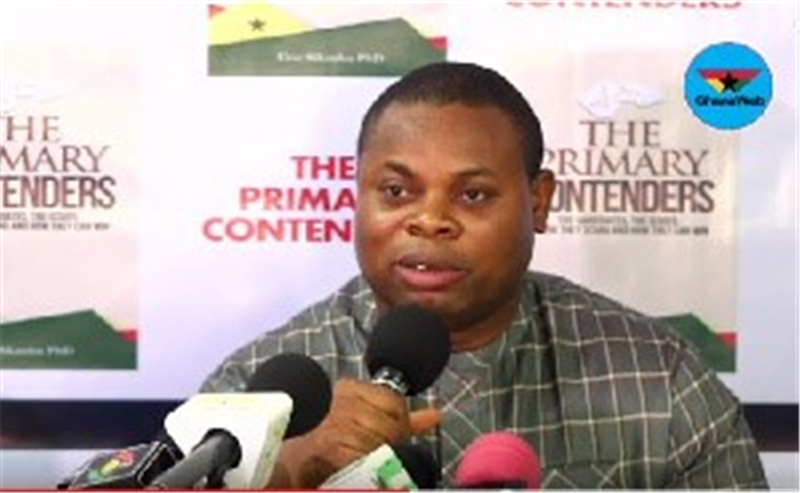 The President of IMANI Ghana, Franklin Cudjoe, has called for government to support its claim that the UNIPASS technology would render an improved integrated customs management system with detailed analytical data from feasibility studies.

Speaking on an Eye on Port panel discussion on the Implementation of ICUMS, and the Future of Ghana’s Single Window Goals, Franklin Cudjoe said such report would enable his outfit, and the general public assess for themselves how reliable the new customs management system is for the country’s border and port trading activities.

“Is there a feasibility report? Is there a revenue assurance projection that has been made? Were these things factored, for us to understand what was going to change if these existing vendors were kicked out? I can comfortably say that we never saw any existing report. Not a single one,” he expressed.

Franklin Cudjoe, while also demanding some KPI’s said he is much concerned as to how the UNIPASS clearance system is able to facilitate the quick clearance of goods at the ports.

“Is UNIPASS going to be faster and at what rate? These are key KPI’s that we need to know. It shouldn’t just be because you said we should have faith in the system. We need key performance indicators to know whether it would be able to deliver goods beyond the half-a-day in some instances that the existing systems are delivering,” he quizzed.

The Leader of the policy think-tank organisation, said failure from the Ministry of Trade in particular to respond to his outfit’s letters for the feasibility report to back UNIPASS, has made it impossible for IMANI Ghana to vouch for the system more so now that the implementation of the new Integrated Customs Management System has been riddled with a lot of inefficiencies at the country’s ports.

“Fruits of policy illogicality can only be seen when there are challenges as monumental as what we saw during the time UNIPASS was asked to operate and others were asked to shut down,” he opined.

But the Deputy Minister of Trade and Industry, Carlos Ahenkorah, on the same program, stated that even though such analysis had been conducted, he does not find it necessary to submit such information to IMANI Ghana.

“We have a report but we are not obliged in the circumstances to release every report that government gets on our policies to anybody,” he rebuffed.

“We would not just get up and do things without doing the necessary checks and balances. Maybe what you’re saying is that, when we do our work we should bring it to IMANI to adjudge or assess what we have done before we move on? That is very wrong, Franklin,” he added.

Franklin Cudjoe also questioned government’s position that the ICUMS is a far superior system that would better the trade facilitation and revenue mobilization capacity of Ghana, only for the new Customs Management System to demonstrate the opposite during its initial implementation stages.

He opined that it’s even more fascinating that the GRA had to return to rest on the shoulders of the existing service providers for support while they address the inefficiencies associated with the new ICUMS.

“If I were Trade Minister, I should be worried that I would have to go back to the vendors I so vehemently accused to now hold fort for us,” he said.

Franklin Cudjoe also asserted that upon investigations, it turns out the UNIPASS or ICUMS would cost more to the trading public than the previous service providers, West Blue and GCNet.

The Deputy Minister in Charge of Trade, Carlos Ahenkorah, however refuted the assertions made by the IMANI President, and explained why it would cost less for Ghanaians when using UNIPASS in comparison to the earlier systems.

“West Blue is taking 1 percent and GCNet is taking 0.40 making 1.4. As the businessman, you would like to take the UNIPASS because it is 0.75 which is less,” he argued.

He further described the demonstration of low faith in the new Integrated Customs Management System as premature, insisting that the current challenges associated with the ICUMS are commonplace in projects of that nature.

The IMANI Boss, however, urged government to exercise circumspection in its approach of what he described as prematurely introducing a seemingly flawed system, which he thinks would result in severe financial ramifications and impediments to trade facilitation for Ghana.