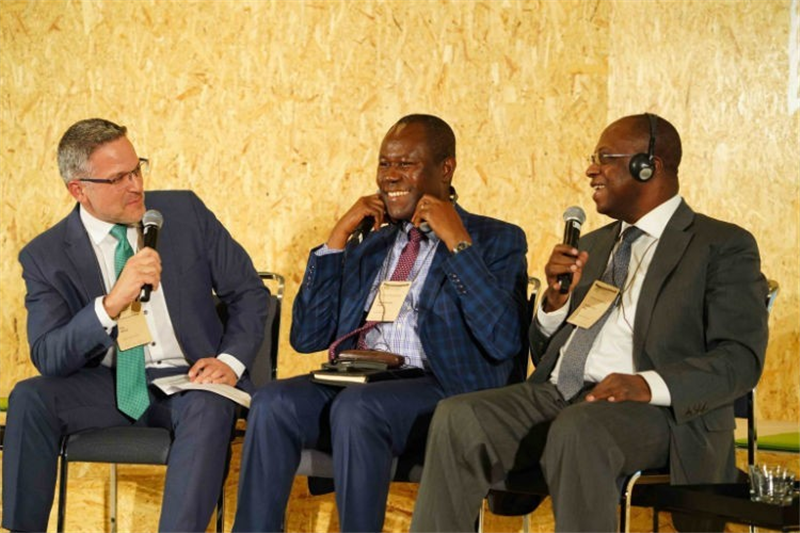 Cote d’Ivoire has joined Ghana in threatening to pull out of the ongoing sustainability programmes operated by major international chocolate programmes, in reaction to the actions of Hershey, which reportedly sought to buy 30,000 tonnes of cheap cocoa beads from the ICE New York futures exchange, an action which the two neighboring West African countries see as an effort to derail plans for a Living Income Differential (LID) set up to help fight poverty among their cocoa farmers.

The two countries, which between account for about two-thirds of global cocoa production established LID with the reluctant acceptance of chocolate producers, which puts a US$400 per tonne premium on their cocoa, all of which goes directly to the cocoa farmers who produce their cocoa exports. The LID takes effect from the current crop season and has enabled both governments to increase the amounts they farmers for their produce by some 28 percent.

Hershey and other chocolate makers say they support the premium in exchange for the two government’s continuing to support their sustainability programmes – which includes commitment to not using child labour for cocoa farming –  which in turn allows the chocolate makers themselves able to apply premium pricing on their products.

However, Hershey’s efforts to buy cocoa through the ICE exchange, which will allow it to avoid paying the LID, suggests otherwise and boith cocoa producers interprete as a move to derail the LID arrangement altogether.

Ghana last week threatened to pull out of the sustainability programmes last week, speaking through COCOBOD’s chief executive, Joseph Boahen Aidoo. He also threatened to name and shame the companies that are trying to block efforts to give cocoa farmers a decent income.

This week his Ivorian counterpart, Yves Kone, who heads Le Conseil du Café-Cacao of Cote d’Ivoire, made similar threats in a letter to the president of the World Cocoa Foundation.

“It is a conspiracy to defeat the concept of a floor price as known, and therefore not to grant a remunerative price to all cocoa producers in our countries” Kone said in the letter which has been leaked to the media.

Hershey, whose actions have set of the dispute has responded with a statement in which it claims that it has long supported initiatives that improve the incomes and livelihoods of farmers.

“ This includes supporting and participating this year in the Ivorian and Ghanaian Living Income Differential as we buy 2020/2021 season cocoa based on the needs of our business. All 2020/2021 cocoa purchased within our supply chain since the implementation of the LID in West African countries includes this price premium. Beans sold prior to the implementation of the LID would not include the premium”.