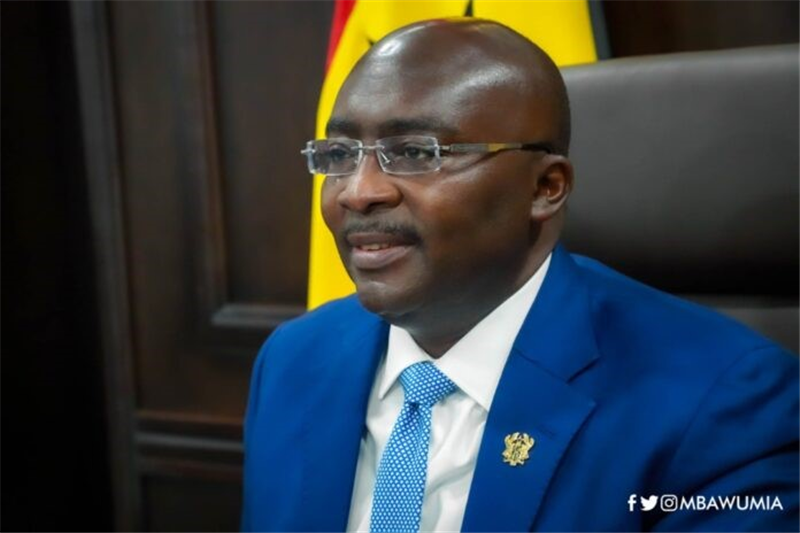 The Vice President, Dr. Mahamudu Bawumia, has urged member states of the African Union to institute complimentary measures for the successful implementation of the Africa Continental Free Trade Area (AfCFTA)

The AU-backed AfCTFTA, with its headquarters in Ghana, is aimed at boosting and accelerating intra-African trade and strengthening Africa’s trading position in the global market.

Addressing a virtual UPSA Law School’s 1st African Trade Roundtable on Wednesday May 25, Vice President Bawumia highlighted the immense benefits the AfCFTA would bring to the African continent, but was quick to remind participants that the benefits would not be realised without the full commitment of African states.

“No one needs a lecture on the immense benefits of continental free trade in goods and services and the movement of persons on the continent. The ultimate shared benefits are in boosting trade and industry, in job creation and increasing incomes, and in boosting the standards of living of our people,” Dr. Bawumia said.

“But, the promised benefits of the AfCFTA would not be fully realised unless African Union member states buttress the Agreement’s implementation with complementary measures.”

Having called on AU member states to show commitment and support the initiative, Dr. Bawumia then raised five key issues he said African states must address to aid the successful implementation of the AfCFTA.

“First, member states who are yet to sign and ratify the Agreement should be encouraged to do so for at least two reasons: to increase the size of the market and the volume of trade under the AfCFTA; and to fast track the regional integration process to achieve the ‘Africa We Want’,” he said.

“Second, to ensure the full AfCFTA trading by all State Parties, the technical components of the AfCFTA such as Rules of Origin, Schedules of Concessions for Trade in Goods and Schedules of Specific Commitments for Trade in Services should be finalised.”

“Third, we wish to encourage the State Parties which are yet to submit their Tariff Liberalisation Schedules (Market Access Offers) and Schedules of Specific Commitments for Trade in Services to the AfCFTA Secretariat to do so.”

“Fourth, is the need for Trade Remedies: To protect against unanticipated trade surges, State Parties should have recourse to trade remedies such as anti-dumping duties, and countervailing duties. Member States need these to ensure that domestic industries can be protected, where necessary. Also needed is an effective monitoring and evaluation mechanism for the implementation of the trade remedies.”

“Fifth is Dispute Settlement Mechanism. For State Parties to have full confidence in the implementation of the AfCFTA, a robust dispute settlement mechanism from the Protocol on Rules and Procedures for Settlement of Disputes must be put in place within the shortest possible time.”

THE ROLE OF ACADEMIA

Dr. Bawumia noted that while African governments take steps to address the issues he has raised and develop complementary measures, the academic community also “has a major role to play in the successful implementation of AfCFTA through research and analysis of the issues arising out of the free trade initiative.”

“It is essential for academia to collaborate with policy makers, the business community, development partners and other relevant stakeholders to provide useful strategies and policies to tackling the impediments and harnessing the benefits of the AfCFTA,” Dr. Bawumia stressed.

Dr. Bawumia further stressed that AfCFTA is a potential “game-changer for Africa”, stating that its successful implementation will “significantly enhance prospects for achieving the African Regional Integration.”

He therefore, called on all other stakeholders, including the private sector, civil society, development partners and the general public to “double their efforts and accelerate the implementation of both the AfCFTA for the sake and benefit of current and future generations.”

On the part of Ghana, Dr. Bawumia reitereated the government’s commitment towards the successful implementation of the AfCFTA.

“The Government of Ghana is resolved and unwavering in its commitment to the operationalisation of the AfCFTA Secretariat in Ghana and to accelerate industrial transformation for inclusive economic growth and development.”