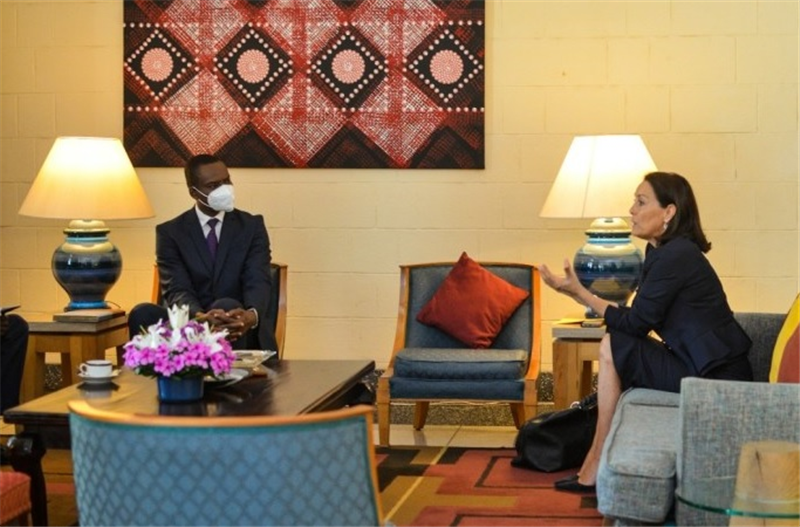 The French Ambassador to Ghana, Anne Sophie Avé has outlined her country’s investment strategy for Ghana through its development agencies.

France has been a critical investment partner to Ghana, supporting public and private institution with funds and technical advice to propel the economy.

During a visit to the French Embassy in Ghana by the management of the Business and Financial Times, Ghana’s foremost business newspaper, Ambassador Sophie Avé urged the two major investment vehicles of France – the Agence Française de Développement, (AFD) which lends to government, and Proparco a subsidiary of AFD which lends to private entities – on how to carry on their activities in the country.

“The investment strategy through AFD or Proparco matches the development strategy of the country that is supporting the macroeconomy through the micro economy. My advice to the two is to invest in companies that will last and will make a difference in 10-30 years,” she said.

She said investments are also being channeled to companies eyeing the One District One Factory programme.

“I also ask them to look for companies that want to go from local to global. Companies that operate in the region but want to extend across borders. The percentage of Ghana’s export to West Africa is not enough and if you look at France more than half of our export is within Europe.

Just as the European common market has benefited Europe, the Africa Continental Free Trade Area can be of great benefit to African countries,” she added.

She said many companies who have the potential of being multinationals fall along the way because of lack of an effective succession plan.

“In Ghana, data has shown that many companies do not leave beyond the founder. After he has made enough to feed himself and his children if there is no conscious help the company might collapse and many would be rendered jobless,” she said.

During the meeting, Ambassador  Avé took the opportunity to throw light on the Season 1 of the Touch of France TV show which saw the President as the final guest on the show.

She said it was always her aim to do something different and tell the France story in a uniquely interesting manner, the main reason why the Touch of France TV show was birthed.

“We wanted high profile Ghanaians and celebrities to tell their France experience so that people would believe it more than us telling our story to Ghanaians,” she said.

Since the first episode of Season 1, the informative cultural programme has chronicled the stories of Ghanaian celebrities who have lived in France or have experienced the French culture while living in Ghana.

The CEO took the opportunity to outline the newspaper’s vision and partnership opportunities to help project the Embassy’s engagement across the country.