My Commitment To Fighting Corruption Is Steadfast – Akufo-Addo 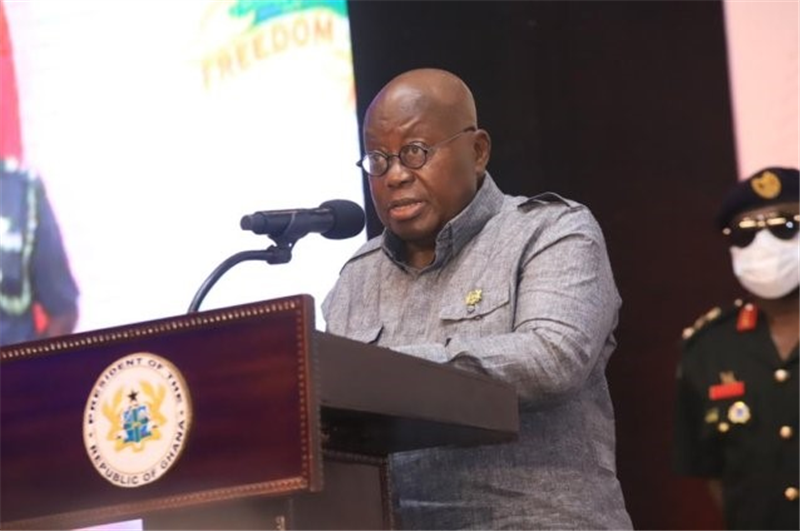 President Akufo-Addo on Wednesday reiterated his commitment to the corruption fight, saying it is the priority of his government to ensure that the country is rid of the vice.

In a meeting with the Ghana Anti-Corruption Coalition at the Jubilee House, Accra, he said his administration’s fight against corruption had not waned and that he remained unwavering in pursuing that course to meet the growing hopes and aspirations of Ghanaians for socio-economic transformation.

The President said his government had invested more resources in the state’s anti-corruption agencies than any other administration in the country’s history and would ensure that those investments did not come to nothing.

He said it was a matter of record that his administration, since 2017, had increased resource allocations to anti-corruption institutions such as Parliament, the Judiciary, Police, EOCO, and CHRAJ, among others.

“It is unfortunate that the perception is that the commitment of government is waning especially when two or three facts are taken into account.

“I don’t think that any government has mobilised resources to give the opportunity for anti-corruption agencies of the state to function as efficiently as this government has done. It is a matter of record,” he said.

President Akufo-Addo noted that without such investments in anti-graft institutions, the vexed issue of fighting corruption would have been in vain.

“If the institutions of the republic that are meant to take the struggle are not capable to do so, all talk about fighting corruption remain meaningless,” he stressed, adding that the yearly increases in the budgetary allocations for the anti-corruption institutions were a clear demonstration of the commitment of government to fight corruption.

The President was unhappy about the politicisation of alleged corruption-related issues but said he would continue to pay heed to the disquiets and suggestions on the matter to strengthen the fight against the canker.

The Chairman of the Ghana Anti-Corruption Coalition, Nana Osei Bonsu, who spoke on behalf of the coalition, was worried about the effect of corruption on Ghana’s finances and urged the government to heighten the momentum on the fight on malfeasance.

He urged the government to speedily appoint a permanent Auditor General to boost the fight against the menace, to which the President replied that the process to that effect was currently ongoing and would be concluded soon.