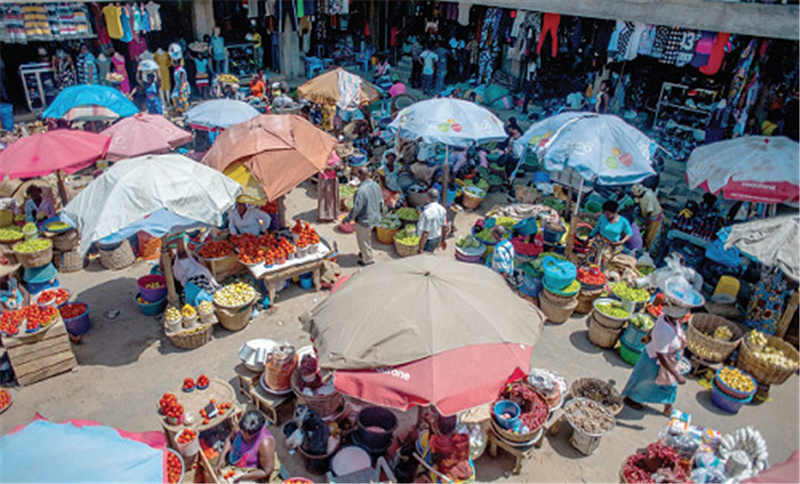 Tax expert, Francis Timore Boi, has called for a review of Ghana’s tax laws to compel players in the informal economy to pay direct taxes into government coffers.

According to him, a recent study by the World Bank indicated that potential tax revenues from sole proprietors who usually operate in the informal sector of the country could amount to 12.6 percent of GDP.

He argued that with revenues slumping and COVID-related expenditures rising, it is important for government to widen the tax net, particularly the informal sector where most operators escape income taxes.

“When it comes to income tax, though the informal sector forms a greater portion of Ghana’s GDP, the contribution to tax revenue is insignificant,” he said ahead of tax policy dialogue programme organised by the Chartered Institute of Taxation (CIT) Ghana.

Mr. Boi said the need to capture the informal sector under country’s taxation laws is due to the fact that Ghana’s tax- to- GDP ratio of 13 percent in 2019, remains far below the government’s target of 20 percent by 2023.

“The continues reliance on indirect taxation affects the poor very hard because indirect taxes such as VAT, CST, NHIL/GETFUND levies and Covid levies are regressive in nature”.

The situation, according to him is due to government’s inability to collect enough direct taxes, hence, the only way to bridge the deficit gab is to adopt indirect tax policies.

The Vice President Dr. Bawumia has called on the GRA to design and implement a tax system to deal with the informal sector. Dr. Bawumia made this call on Wednesday 25th August at the launch of Revenue Assurance and Compliance Enforcement (RACE) Initiative, designed to increase domestic revenue mobilization in order to address the economic challenges arising from the Covid-19 pandemic and make Ghana more fiscally independent.

“For medium-sized enterprises there could be the option to submit to conventional tax assessment at the corporate tax rate or opt for a flat tax based on turnover under a modified taxation system. For the micro and small enterprises, we must leverage on technology to simplify the collection and payment of the 3 percent flat tax. We believe that a simplified flat tax will allow more people at the retail level to better assess their tax obligations and make payments without too much human interface and a rigorous auditing system,” Dr Bawumia indicated.

The program, which was held virtually, was under the theme: Taxing the Informal Sector and Implementation of the Modified Taxation System to Boost Domestic Resource Mobilization.

The event brought together over 200 tax experts, lawyers, and accountants to deliberate on tax policies dealing with widening the tax net in the informal sector.

Over the years, successive governments have introduced several strategies in an attempt to tax the informal sector and to broaden the tax base, but these have failed to bring in the required revenue.

Some experts are of the view that, Parliament has shown comparatively little interest due to the potentially high political cost.

Whiles others blame the GRA for not doing enough to tax the informal sector, some GRA officers also argue there are major operational difficulties, especially, the lack of bookkeeping and a large number of unregistered businesses.

Operators in the formal sector continue to call on government to ensure fairness in the tax system because businesses will prefer a proper balance in the tax burden among sectors of the economy.