Government to lessen impact of E-levy on consumers by 0.25% –
Ofori-Atta 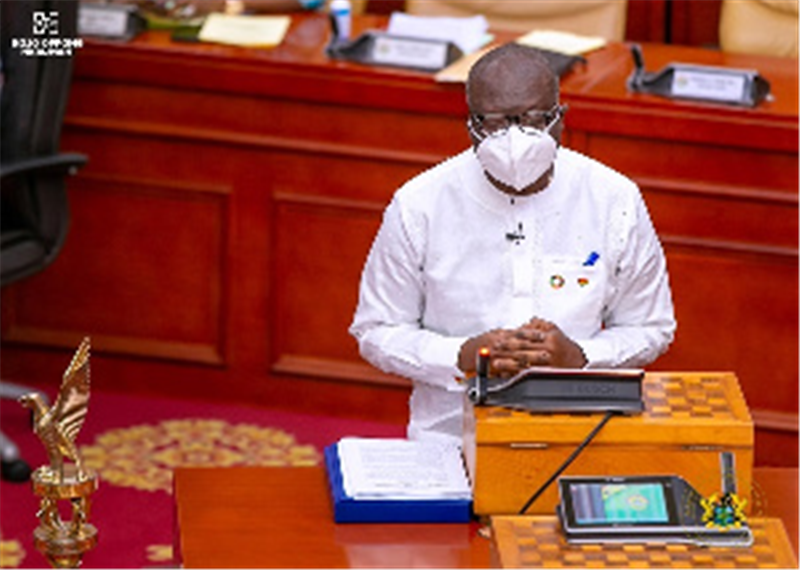 Finance Minister Ken Ofori-Atta has revealed that government intends to lessen impacts of the E-levy on consumers and subscribers, especially the more vulnerable, by reducing the all-inclusive cost by 0.25 percentage point.

The E-Levy of 1.75 percent on the value of digital transactions above a daily threshold of GH¢100, since its announcement in the 2022 budget, has been opposed by stakeholders including the Minority Caucus in Parliament as one of the key issues raised for an amendment.

Per the proposed E-levy of 1.75 percent in the 2022 budget, charges on electronic transfers will cost about 2.75 percent; however, subject to the ongoing consensus-building between government and stakeholders, if government were to succeed the all-inclusive cost would be at 2.50 percent…reduced by 0.25 percent.

“To lessen the E-levy impact on consumers and subscribers, especially the more vulnerable, we will work with all stakeholders, including the telcos, to ensure that the all-inclusive cost is reduced by 0.25 percent. We will also ensure that administration measures are taken to avoid attempts at evading the E-levy,” Mr. Ofori-Atta said while addressing the media on the 2022 Annual Budget Statement as part of the ministry’s post-budget sensitisation activities.

“The proposed E-levy is largely progressive. We have intentionally set the GH¢100 threshold (covering about 40 percent of MoMo users) mindful of the need to exempt vulnerable groups while continuing to encourage the development of our nascent digital economy.”

This, to a very large extent, will ensure that a significant number of Ghanaians – low-income earners in the informal sector whose daily transactions fall below the GH¢100 threshold – are totally exempt from paying the E-levy.

The transactions covered by this levy comprise mobile money payments, bank transfers, merchant payments, and inward remittances. The levy is expected to be borne by the sender unless it relates to an inward remittance, in which case the receiver of funds will be liable for the levy.

The minister emphasised that the E-levy represents the nation’s greatest opportunity to, in the medium-term, broaden the tax base and meet the tax-togross domestic product (GDP) ratio of 20 percent as pertains among its peers.

The intention of government for this measure is to widen the tax net by roping-in the informal sector. Government projects to rake in tax revenue of about GH¢6.96billion in 2022, and about GH¢26.90billion from 2023 to 2025 after implementing the electronic transaction levy.

Auditing giant PwC, in its 2022 budget digest, questioned the motivation for reducing the Communication Service Tax (CST) rate from nine percent to five percent; a rate that is one percent lower than the original rate of six percent. Further to this, the auditing firm questioned the motivation for abolishing VAT on financial services, as the E-levy is likely to have a greater negative impact on the financial services sector.

“Since the levy is not tied with value creation, the impact on the cost of capital (including equity and debt) is expected to be excessive if the proposal is applied to them. This might affect the flow of FDIs and Ghana’s attractiveness as an investment destination,” it added.