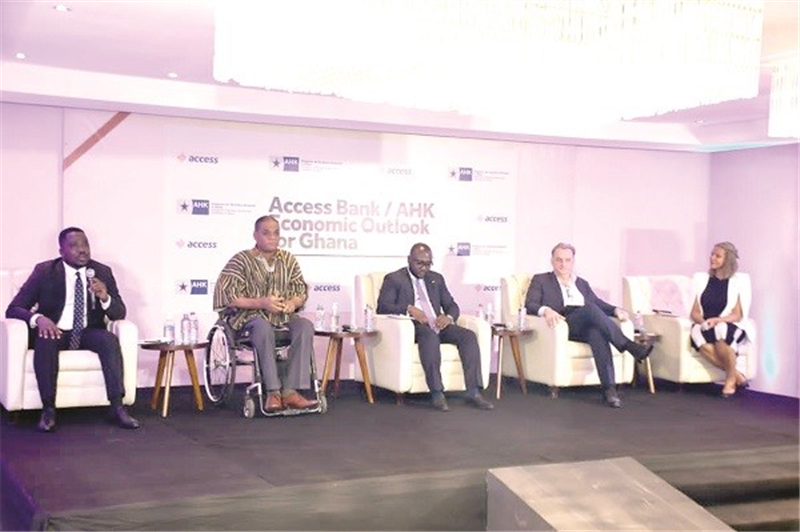 The Ghana Investment Promotion Centre (GIPC) has started stakeholder engagements to review capital restrictions for foreign businesses which seek to operate in the country.

The process is expected to help position Ghana as the investment destination in the sub region.

For foreign businesses which want to do business in the trading space, the capital requirement is pegged at US$1 million.

For instance, over the years, there has been serious misunderstandings between Nigerian traders who have flooded the Ghanaian market and engaged in retail and the Ghana Union of Traders Association (GUTA).

While GUTA uses the law in its present state as the basis for their rejection of the Nigerian traders and others from the neighbouring countries, the foreigners are adamant and also cite the ECOWAS regulations as their basis for trading in the country. In some instances, the arguments, some of which have resulted in clashes, have sparked diplomatic disagreements.

But speaking at the Access Bank/ AHK Economic Outlook event, the Deputy Chief Executive Officer of GIPC, Yaw Amoateng Afriyie, described the present conditions as problematic because it is prohibitive against doing business in the country.

“It cannot be that in an environment where we are trying to be competitive, we continue to have equity restrictions. In any part of the world, those requirements are a significant amount of money and this cannot be an enabler for doing business,” he stated.

He said the GIPC would however consult broadly before removing what he described as capital restrictions.

“What we are trying to do may seem unpopular because it is a very contentious issue. So we will consult broadly to ensure that in trying to liberalise the economy, it doesn’t lead to any cascading impact on local businesses,” he noted.

As the principal government agency in charge of mobilising investments into the country, Mr Afriyie, said the GIPC has set for itself an ambitious target of attracting between US$3 billion and US$ 4 billion investments to Ghana annually.

“COVID-19 had a devastating impact on companies which sought to export into the global market, with current statistics from the United Nations Conference on Trade and Development (UNCTAD) suggesting that 2019 attracted about US$1.3 trillion worth of global investment.

“After COVID-19, this figure fell by 42 per cent and recovery has been quiet sluggish till 2022 so this year represents a year that we are seeking to emerge from the ravages of COVID-19 and reposition Ghana as the destination for doing business in West Africa,” he observed.

The Deputy CEO noted that the GIPC was not leaving out local direct investment, which has been on the rise in the last two to three years.

He said available data suggested that in the first quarter of 2022, the country recorded over US$160 million in terms of local direct investments registered with the GIPC which was very encouraging.

“So much as we want to encourage foreign direct investment, we also believe in the potential of local investors,” he stated.

Also speaking at the forum, the Managing Director of Knauf Ghana, Vincent Allard, said foreign businesses were beginning to notice some clouds in the Ghanaian market and were not totally confident of what would happen in the next few months.

He said this, coupled with the Ukraine/Russia conflict, was having a toll on businesses, pointing out that the conflict was affecting logistics.

“We import a lot of our materials so the situation of the logistics and the cost of freight is impacting directly on our operations,” he stated.

Mr Allard said the major concern of foreign businesses was the availability of forex to meet their obligations with suppliers.

“What we don’t want to see is the situation where we are unable to pay our suppliers due to the unavailability of forex. It is becoming more difficult to get access to forex in Ghana at the moment,” he stated.

He said the businesses were also concerned about the rising inflation which was affecting the household incomes of their customers.

The Managing Director of Access Bank Ghana, Mr Olumide Olatunji, in his opening remarks said taking keen interest in Ghana’s economic outlook as partners with shared interest and concerns was expedient and welcoming.

He said engaging in conversations regarding the country’s economic outlook was particularly crucial now, taking into cognisance the impact of the global economic crisis that was having a toll on economies worldwide.

“Ghana has had its fair share as clearly depicted in high unemployment rate, rising inflation and its attendant cost of living, rising inter-bank rates, and increase in oil prices, among others.

“It is therefore befitting to have this conversation now and see how best we can navigate the times to remain relevant and profitable businesses,” he stated.

The Access Bank Economic Outlook forum was organised by the bank, together with AHK Ghana, with partnership from the German Investment Corporation (DEG).