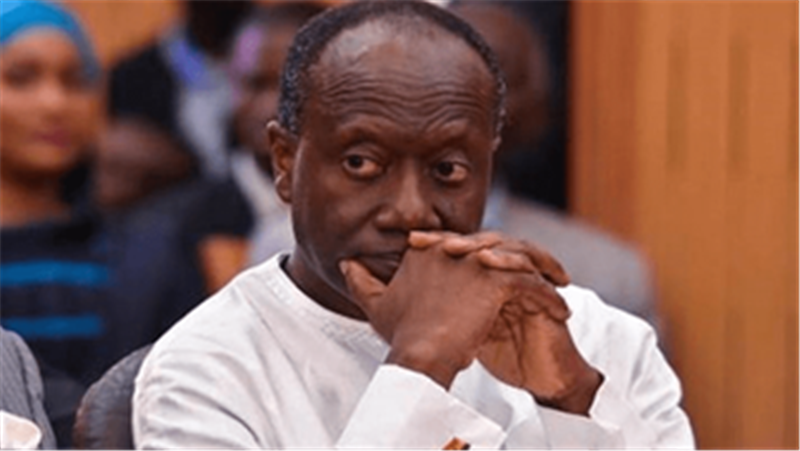 They said between 2020 and 2021 alone, government received US$430million as mineral royalties, but now wants to sell 49 percent of the country’s future receipts of untied royalties from 48 mining leases – covering some best gold acreages – for a paltry US$500million to US$750million under the Agyapa Royalties deal.

An analysis of the data on the 12 projects currently on the 48 leases shows that the value of royalties linked to Agyapa over the indeterminate term of the contract is at least US$3billion, they said. This is far more than the US$1billion figure government used in its deal structuring for Agyapa.

This means that government’s figure amounts to selling forward each ounce of gold for US$200 when the current price is inching past US$2000.

By this estimation, they warned, the state risks losing billions of dollars if the deal goes ahead under the current terms.

More worryingly, they said, the agreement is crafted such that if leases are renewed, which almost always happens, it remains in force.

“We are frightened to note that the Agyapa deal is tied to the leases rather than a precise gold production volume. The implication is that any additional discoveries of gold on these leases, something that is all but assured given recent trends, will increase the amount of royalties that Ghana will give up to this Agyapa entity – and by extension the investors who will pay Ghana a paltry US$500million to US$750million,” they said during a press conference in Accra.

Meanwhile, Ghana has exported gold exceeding US$6billion per year in the last few years, with the bulk of the trackable gold coming from these leases. The royalty rate across these mines ranges between 3 percent and 5 percent, they said.

“Therefore, it is unconscionable that Ghana seeks US$500 to US$750million for half of the royalty streams in perpetuity and diverts the critical resource from the budget – and by extension development financing – into the Agyapa structure, which is buried in secret jurisdictions,” they lamented.

The CSO coalition – including the Africa Centre for Energy Policy, Institute for Democratic Governance and Natural Resources Governance Institute, among others – said the Agyapa transaction is not an isolated case by the finance minister to either hide, sell or collateralise the state’s assets in the natural resource sector.

For instance, they said, in 2021 the finance minister used tax revenue – in total violation of the constitutional requirement for appropriation – to support the acquisition of 7 percent of Jubilee and TEN oil fields by the Ghana National Petroleum Commission (GNPC) and decided to hold the assets in the Cayman Islands, another tax haven.

Efforts by Civil Society to get government to bring the US$300million cash flow back to Ghana have proven futile.

This, they added, is particularly strange under the harsh economic circumstance wherein the ministry seeks money from the poor for development.

They are also questioning why government is bent on collaterilising all the country’s natural resources – including the Heritage Fund, which invests portions of petroleum proceeds for future generations.

They believe such attempts are dangerous because future generations could be denied a fair share of Ghana’s natural resources.

The Alliance for Social Equity and Public Accountability, Centre for Democratic Development, Centre for Extractives and Development Africa and Centre for Public Interest Law are among the CSOs against terms of the Agyapa deal.

Others include IMANI Centre for Policy and Education, Integrated Social Development Centre and SEND Ghana, among others.