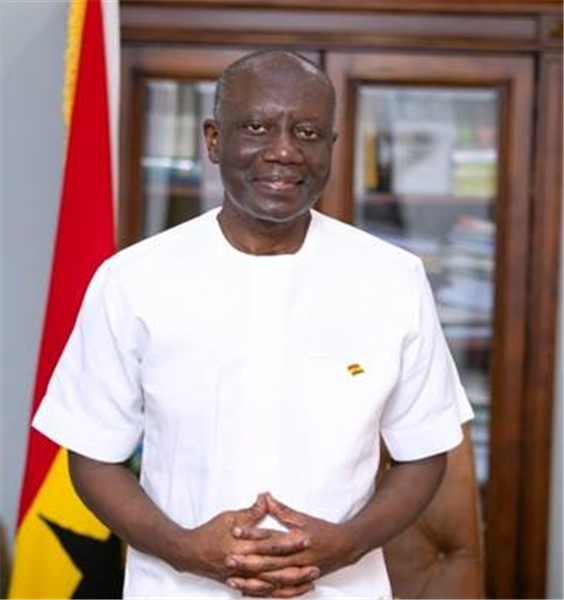 It is an open secret that many high-ranking personalities are shamelessly serving their own interests at the expense of the law.

For long, accusing fingers have pointed to the Minister of Finance, Ken Ofori-Atta, too. Many, including opposition lawmakers, often cite the usage of his own company, Databank, as transaction advisors for debt raising at a fee as basis.

While at that, the current global economic situation is hitting Ghana hard. Ghana, which boasts one of the fastest-growing economies on the continent, is now facing record inflation, soaring unemployment and soaring debt.

But in order to turn things around, the country has to deal with the scourge of corruption, which has reached its peak in recent years according to reputable global reports. During his New Year address in January 2018, President Nana Addo Dankwa Akufo-Addo, the Head of State, himself acknowledged that corruption is “one of the worst scourges standing in the way of Ghana’s development”.

One year after coming to power, Nana Akufo-Addo launched the Office of the Special Prosecutor (OSP) – a specialised agency to investigate corruption cases involving public officials, politically exposed persons and the private sector. But corruption, which affects all sectors of activity, is mainly the initiative of powerful individuals.

As the Minister of Finance since the NPP won power in 2017, Mr. Ofori-Atta has been severally accused by opposition members and key civil society organisations (CSOs) of being the main source of corruption in the country.

In 2019, while in Parliament, he told MPs that GH¢2.75billion had been saved through a thorough review of sole-sourced contracts as well as contracts awarded through restrictive tenders. Since then, opposition Members of Parliament and the CSOs have sought but found no record of this large sum of money anywhere.

Many anti-corruption groups have been calling on the finance minister for details of how the GH¢2billion was spent. They have also been requesting a full list of the contracts from which the savings were made. But the deafening silence of the Minister of Finance convinces of bad faith – at least for now. There is also the long-held accusation that Ken Ofori-Atta interferes with foreign and local companies in awkward ways; an accusation the minister is yet to respond to.

According to a report by Transparency International, 71 percent of people living in Ghana believe that corruption has increased in the 12 months preceding the survey – which was carried out in late 2018-early 2019.

In 2018, a lawmaker representing the people of Bolgatanga Central in the Upper Region, Isaac Adongo, said Ofori-Atta was the most dangerous threat to the country’s financial sector when contributing to discussions on the Special Prosecutor’s report on the infamous Agyapa deal. Ghanaians are questioning the Head of State’s laxity in the face of so many allegations against his finance minister.

Many voices are increasingly calling for concrete action to right what they feel has been a wrong all this while. The image of Ghana is being damaged internationally, and the former Ambassador of the Kingdom of the Netherlands to Ghana, Ron Strikker, confirmed this at a dedicated forum held in Accra a some time ago by the Ghana Integrity Initiative: “The current situation leaves some investors wary of doing business in Ghana.”

In the latest annual Doing Business ranking by the World Bank, Ghana ranks 118th out of 190 countries this year. For many, how long Ofori-Atta stays has implications for Ghana’s image abroad and its ability to attract investments to quicken-up its recovery in order to create more jobs for a an increasingly frustrated youth.

>>>the writer Samuel ASIEDU is a Ghanaian financial analyst and journalist. He has extensive expertise on West and Central Africa and is a keen observer of the Ghanaian political environment. His articles have been published in several specialised media. Asiedu started his career in a banking institution before working as a financial consultant for Ghanaian media. A Ghana Institute of Journalism graduate, Asiedu holds two Masters’ degrees in Public Relations and Journalism